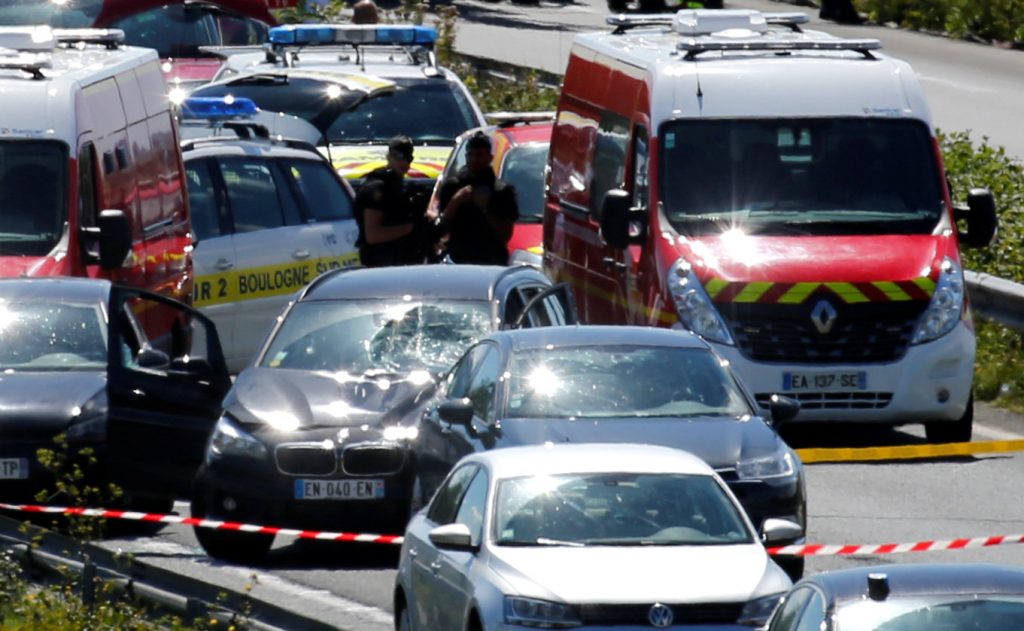 The Algerian driver who sped his car into a group of soldiers near Paris this month had radical beliefs and showed interest in the Islamic State terrorist group, France’s anti-terrorism prosecutor said Wednesday.

Prosecutor Francois Molins pressed charges against the 36-year-old suspect, Hamou Benlatreche, of attempted murder of security forces in connection with a terrorist enterprise.

The Aug. 9 attack in the Paris suburb of Levallois-Perret injured six soldiers.

Molins said at a news conference that the suspect, shot by police during his arrest and still hospitalized, wasn’t in a condition to answer investigators’ questions.

Investigators have found images in Benlatreche’s phone that were connected to IS, such as a flag and photos of its leaders, and other evidence, Molins said.

On another phone found in Benlatreche’s car, police discovered evidence of internet research about visas and flights to Turkey and articles about Syria, where he might have planned to go, according to the prosecutor.

Molins said Benlatreche was a member of a fundamentalist Islamic movement, Tablighi Jamaat, but said there was no evidence that he had connections with members of IS.

Benlatreche was known to authorities as a suspect in minor crimes but had never been convicted. People close to him were not aware of his radicalization, the prosecutor added.

Molins said the suspect deliberately rammed his BMW into a cluster of soldiers as they emerged from a building in Levallois-Perret to board vehicles. Benlatreche was arrested in northern France following a highway manhunt.

A man linked to Benlatreche who was detained by police was released last week without charges, Molins said.