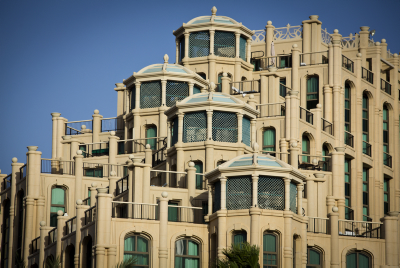 More Israelis are going abroad for their summer vacations, and as a result, there has been a significant drop in the number of Israelis staying at hotels this year – with overnight stays by Israelis falling 9 percent% in July, compared to the same month in 2016. However, their places were taken by tourists – with 29 percent more foreigners staying in Israeli hotels, according to data released Wednesday by the Israel Hotels Association.

The number of overnight stays by Israelis in July totaled 1.439 million – just 2 percent more than the number in July 2014, which marked the beginning of Operation Protective Edge, which resulted in many cancellations. Hotel officials said that the bein hameitzarim and Tishah B’Av periods, which are typically slow at hotels, came out at the end of July in both years, so the drop in hotel stays was a tied to actual numbers, not the calendar.

If Israelis are abandoning hotels at home, they are filling them abroad; in July 2016, 890,300 Israelis traveled abroad, while this July, that figure was 933,000, an increase of 4 percent. The Tourism Ministry’s Open Skies program has pulled down flight costs to many destinations, with the result that it is often cheaper for Israeli families to vacation abroad than at home. The drop in Israelis staying locally extends even to Eilat, which saw a 3 percent drop in the number of Israeli overnight stays in July.

However, the rooms that are being abandoned by Israelis are being snapped up by tourists. The low cost flights that are ferrying Israelis to Europe are bringing Europeans here. July saw a 29 percent increase in the number of overnight stays in hotels by non-Israelis, for a total of 864,00 overnight stays. Most of the stays were in Yerushalayim (32 percent) and Tel Aviv (29 percent). Areas such as Tiberias and the Dead Sea, both of which rely largely on Israeli tourism, had to work harder to fill their rooms, the Association said. Altogether, there were 2.3 million overnight stays at Israeli hotels in July, an increase of 2 percent over July 2016.