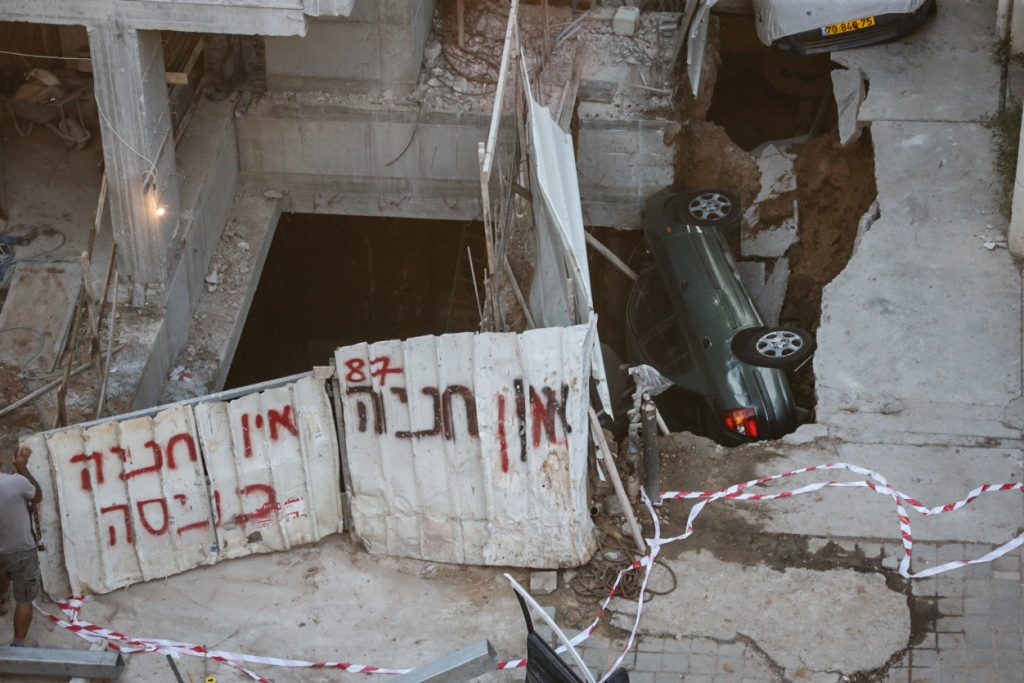 Early on Tuesday, workers successfully extricated a car that had fallen into a sinkhole in central Tel Aviv, but the area around the collapsed section of Shlomo Hamelech Street remained closed, and residents of neighboring apartment buildings were still told to find other accommodations while police continued their investigation of the incident and security workers attempted to determine if the area was safe for people to return to.

The four-meter-deep sinkhole formed late Monday night around an area near where construction is taking place, and inspectors are attempting to determine what, if any, connection the construction may have had with the collapse. No one was injured in the collapse, and the only damage to property was to the aforementioned vehicle. Several structures around the sinkhole were affected as well. A wall belonging to an adjacent property fell, but the building that the wall belongs to was unoccupied, as it is undergoing renovations.

Yediot Acharonot quoted residents of the street as saying that they had felt some instability in their homes, with walls appearing to shift. The report said that the residents complained to contractors working on projects in the area, and to the Tel Aviv Municipality, which said that it sent out an engineer to investigate the situation, but found nothing wrong. In a statement, the Tel Aviv Municipality said that the work site where the sinkhole occurred was licensed, and that the contractor was responsible for any damage caused by the work that was being done.