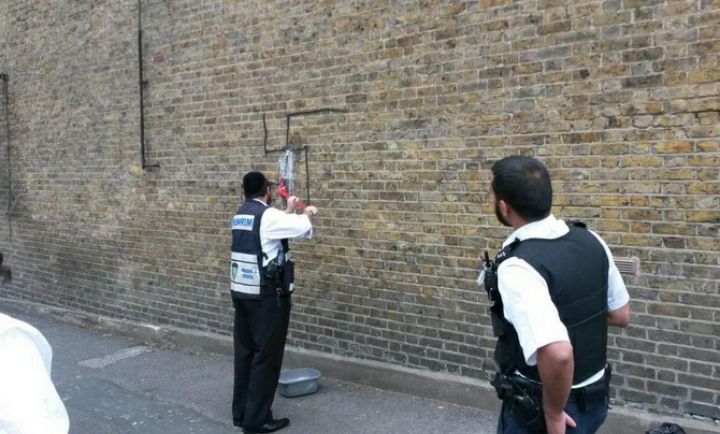 In interviews with thousands of British Jews, almost a third of them said they have considered leaving the United Kingdom over the past two years due to anti-Semitism.

The findings are part of a report published by the Campaign Against Antisemitism watchdog group, which conducted since 2015 interviews with more than 10,000 British Jews together with the YouGov market research company.

In interviews conducted in 2016 and 2017 with a combined sample population of 7,156 respondents, 37 percent of them said they have been concealing in public signs that would indicate that they are Jewish.

The study also showed that only 39 percent of respondents from 2015 onward said they trust justice authorities to prosecute perpetrators of anti-Semitic hate crimes.

Three-quarters of the people interviewed said they feel that recent political events have resulted in increased hostility toward Jews. Since 2015, 80 percent of respondents said they believe that the Labour Party is harboring anti-Semites in its ranks.

The poll found that 83 percent thought Labour was too tolerant of anti-Semitic behavior – compared with 19 percent for the Tories and 36 percent for the Liberal Democrats.

In 2015, Jeremy Corbyn, a far-left politician who in 2009 called Hezbollah and Hamas his “friends,” was elected to lead Labour. Corbyn said last year that he regretted calling the terrorists his friends, but Jewish groups in the United Kingdom and beyond have accused him of whitewashing anti-Semitism and allowing it to grow among the many thousands of supporters who joined Labour in support of his policies.

Corbyn has denied this claim, vowing to punish anyone who is found initiating or participating in hate speech. Dozens of members were expelled from Labour under Corbyn as part of this policy. However, several Labour members who were accused of anti-Semitic hate speech were readmitted or let off with suspensions or reprimands, including former London Mayor Ken Livingstone, who repeatedly said last year that Adolf Hitler was a Zionist.

On Aug. 15 Campaign Against Antisemitism protested the selection of Luke Cresswell, a local politician who wrote online as a Labour candidate that “Moses must be proud” of supposed “genocide” by Israel.

The survey’s respondents said they considered Islamist anti-Semitism “to be the threat that concerned them the most, and that rapidly rising hate crime targeting Jews was not being tackled by the authorities,” Campaign Against Antisemitism wrote.

Despite this, the CAA/YouGov survey suggests anti-Semitism, measured by how many respondents agreed with seven anti-Semitic statements, has been in decline over the past three years, dropping to 36 percent in 2017.

Gideon Falter, chairman of Campaign Against Antisemitism, said: “We now have data that show that in a very British way, fairly and quietly, Britons have been rejecting anti-Semitic prejudice.

“British society has shunned a growing worldwide addiction to anti-Semitism and proved that so-called British values are no mere buzz phrase, but are embedded in our national being.

“However, our research shows that one in three British Jews has become so fearful of mounting anti-Semitic crime and the failure to excise anti-Semites from politics that they have considered leaving Britain altogether.

“Our research clearly shows that British Jews have pointed their fingers at the Crown Prosecution Service and the Labour Party.

“If British society can fight anti-Semitism, why are our world-renowned criminal justice system and some of our famous political parties still doing too little?

“There is not a moment to lose. Without urgent change, British Jews may start to leave, as has happened elsewhere in Europe.”

The Jewish community of the United Kingdom recorded 767 anti-Semitic attacks in the first half of 2017 – the highest figure recorded within six months since monitoring began in 1984. In February, the Community Security Trust watchdog reported a record 1,309 incidents in 2016, constituting a 36-percent increase over the 2015 tally.

Campaign Against Antisemitism called on the government to urgently implement the group’s own past recommendations, including specific training and guidance on anti-Semitic hate crime for officers and prosecutors.

The 2016 National Antisemitic Crime Audit registered a total of 1,078 anti-Semitic crimes, including 105 that were violent. Only one of the violent crimes was prosecuted, according to the audit. In total, only 15 cases were prosecuted, leading to the conviction of 17 suspects.