Politics OPINION: With Bannon Back in Charge, Breitbart is Crushing Trump for His Afghanistan Speech
Politics 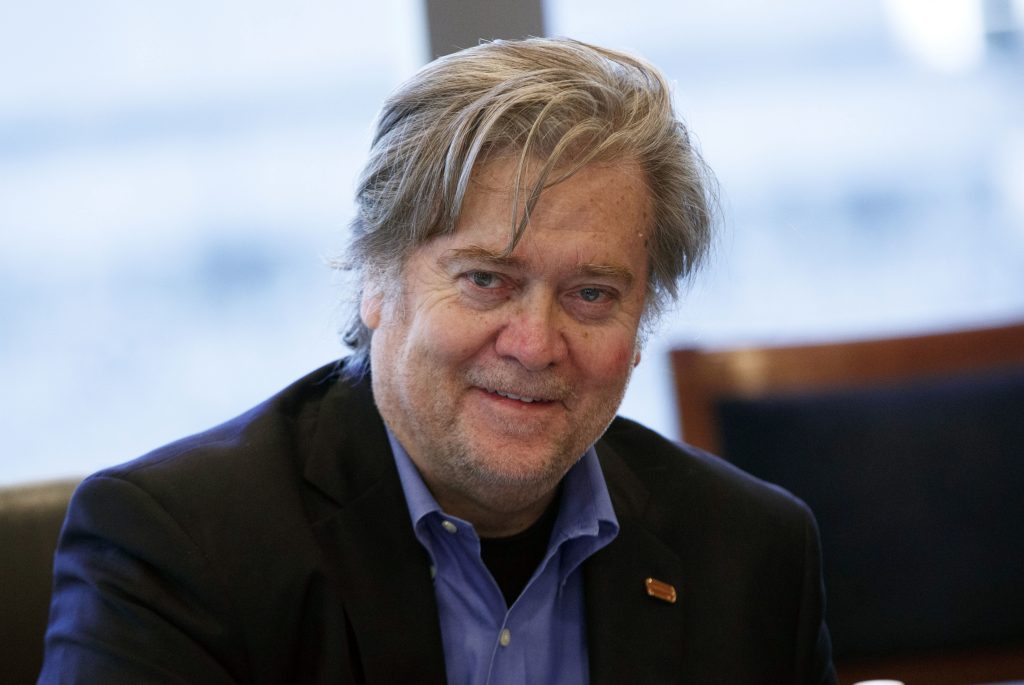 Its homepage had incredibly critical headlines from a website that cheered Trump to victory. The accompanying articles might be even tougher. Here are key excerpts from the stories:

Article 1: “The speech was a disappointment to many who had supported his calls during the campaign to end expensive foreign intervention and nation-building.”

Article 2: “Using many of the same vague promises that previous presidents had used, including a repeat of Obama’s promise not to give a ‘blank check’ to Afghanistan and a pledge to finally get tough on Pakistan, it was a far cry from the ‘America First’ foreign policy he laid out in the months before Election Day.”

Article 3: “This isn’t about changing his perspective on the war. POTUS is a remarkably astute and stubborn individual. This was about the swamp getting to him.”

Article 4: “I voted for Donald Trump because he promised change. I may have made a mistake.”

In the hours before the president delivered his prime-time address, I wrote that the speech would be a test for the next phase of his relationship with Bannon, who left Breitbart a year ago to become chief executive of Trump’s campaign and then served as his top strategist in the White House until Friday. I figured that Bannon wouldn’t like what Trump had to say and that his displeasure would show up in Breitbart’s coverage.

But wow. I was not prepared for this level of fury.

What’s striking about Breitbart’s coverage is the way its writers took direct aim at Trump, instead of his advisers.

Bannon knows better than anyone how deeply the perception that someone else is calling the shots wounds Trump’s pride. By suggesting that McMaster is the “president,” Bannon is trolling Trump. Hard.

“I call my own shots, largely based on an accumulation of data, and everyone knows it. Some FAKE NEWS media, in order to marginalize, lies!

The other thing that stands out in Breitbart’s coverage is zero tolerance for Trump’s spin, which the site typically amplifies. Trump did his best on Monday to paint his reversal on sending more troops to Afghanistan as a result of gaining a better understanding of the situation than he had before his election.

“My original instinct was to pull out – and, historically, I like following my instincts,” he said. “But all my life I’ve heard that decisions are much different when you sit behind the desk in the Oval Office; in other words, when you’re president of the United States.”

Breitbart isn’t buying it. As Raheem Kassam put it, “this isn’t about changing his perspective on the war. . . . This was about the swamp getting to him.”

Contrast that take with what Sen. Marco Rubio, R-Fla., wrote on Twitter.

“But even before speech starts commentators attacking him for changing his approach from campaign.2/2

Everything is backward. Rubio – Trump’s primary rival, whom Breitbart attacked mercilessly – is defending the president’s evolution, using the same argument as the president himself. Meanwhile, the “commentators” Rubio is calling out include the writers at Breitbart, who are now slamming Trump.

None of this means that Breitbart is jumping off the Trump Train permanently. But it sure looks like the feud between Bannon and his former boss is real – and ready to flare up whenever he thinks the president is betraying a campaign promise.