Do Your Eyes Hurt After the Solar Eclipse? Here’s What You Need to Know.

By Amy B. Wang 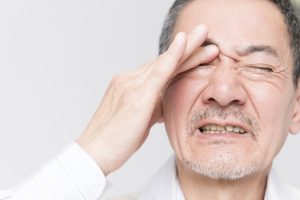 So you looked directly at the sun while trying to watch the solar eclipse. Maybe you didn’t read the warnings or couldn’t get your hands on a pair of eclipse glasses. Or maybe you did have them but couldn’t resist, just for a few seconds, staring straight at the sun with your naked eyes, experts be darned.

Did you cause damage to your eyes? It’s hard to tell immediately, experts say.

“Short-term issues can include solar keratitis, which is similar to sunburn of the cornea (the front part of the eye),” UnitedHealthcare Vision chief executive Linda Chous told NBC News. “This can cause eye pain and light sensitivity, with symptoms often occurring within 24 hours after exposure.”

Trickier to detect right away is any long-term damage to the retina in the back of the eye. Staring straight at the sun can cause a condition called solar retinopathy, which leads to a decrease or distortion of a person’s central vision, said Sveta Kavali, an ophthalmologist and retina specialist at Saint Louis University.

“That damage is typically irreversible, and there’s no treatment for this,” Kavali said in a video about viewing the eclipse safely. “The way the damage occurs on a cellular basis is that the UV rays from the sun induces a photochemical reaction that damages the photo receptors of the retina, and the part of the retina that’s damaged is the part that’s responsible for your central vision.”

However, because the retina has no pain receptors, you may not realize you’ve damaged your eyes until the symptoms appear, anywhere from a few hours to a few days after the event, according to PreventBlindness.org. Signs to look out for include loss of central vision, distorted vision or altered colors.

Only time can tell if one’s retina is permanently damaged. Jacob Chung, the chief of ophthalmology at Englewood Hospital and Medical Center in New Jersey, told USA Today that it doesn’t take much time staring at the sun – “ten seconds is probably too long and 20 seconds is definitely too long” – for the sun’s rays to damage uncovered or improperly covered eyes. He recounted one particularly egregious case of solar retinopathy.

“I don’t know if it was during an eclipse, but he said he was on illegal substances and looked at the sun for four straight hours,” Chung told the newspaper. “In his retina there was a pigmented spot, and his vision was very poor, needless to say. He was basically legally blind.”

Michael Schecter, an optometrist in Columbus, warned of the dangers of watching the eclipse without proper eye protection two weeks ago in a widely shared social media post. He was especially worried about people using phony glasses or children who were tempted to remove their eclipse glasses.

“Just like sunburn to the skin, the effects are not felt or noticed immediately,” Schecter wrote. “I have a great fear that I will have patients in my office on Tuesday, Aug 22, who woke up with hazy, blurry vision that I cannot fix.”

If you’re concerned about your vision, experts say, make an appointment with an eye doctor, who will likely immediately be able to tell if you have damage related to the Great American Eclipse of 2017.

In the 1960s, Louis Tomososki, then 16, partially blinded his right eye after he and his friend stared at a partial eclipse without wearing proper glasses. More than 50 years later, every eye doctor he has visited has made the same observation a few minutes into the examination.

“The first thing each one of them says is, oh, you looked at a solar eclipse sometime in your life,” Tomososki said.