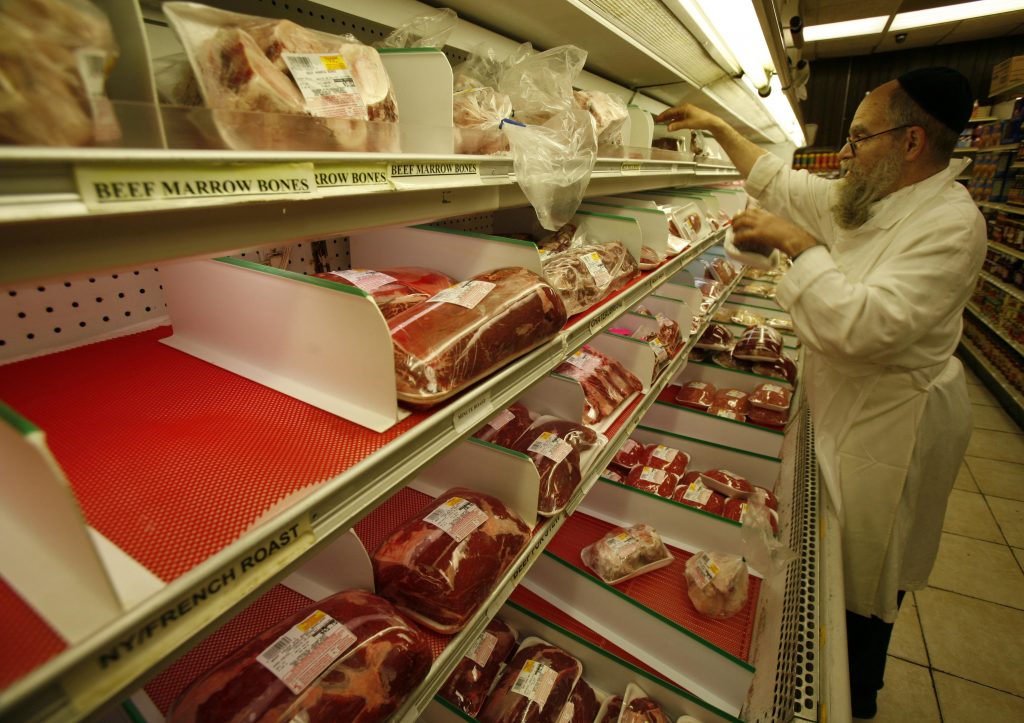 The Swiss Jewish community expressed cautious optimism that a bill aimed at outlawing the importation of products made from animals that the legislation identifies as “mistreated” will not lead to a ban on bringing kosher meat into the country.

The proposal raised concern over the past week after an animal-rights activist who was a key consultant on the measure said that ‘‘there is no doubt that the ban should also apply to religious slaughter methods such as halal and shechitah. Shechitah and all other slaughter of cattle and other large animals without pre-stunning has been illegal in Switzerland since 1893, leaving the community with no option except to import meat.”

‘‘We take this motion seriously, but are rather optimistic that it will not result in an import ban on kosher meat,” Herbert Winter, president of the Swiss Federation of Jewish Communities, told Hamodia. ‘‘The motion requests an import ban for ‘products produced in a manner which is cruel to animals.’ It is by no means clear that kosher meat would qualify as such a product.”

Mr. Winter added that his organization, which typically advocates with the government on behalf of the Jewish community, has been in contact with the politicians involved in the matter in an effort ‘‘to convince them that shechitah does not constitute cruelty to animals and that, moreover, an import ban would substantially restrict religious freedom.”

The bill was intially introduced this past June by Matthias Aebischer, a member of Switzerland’s left-wing Social Democratic Party. It is chiefly aimed at forbidding the import of foie gras, a liver pâté made from force-fed geese, which is particularly popular in the country’s French-speaking region. The legislation also names fur and frogs’ legs as items that should be banned from import.

Mr. Aebischer was quoted as saying that “it is unacceptable that bans implemented here be bypassed by imports.” Swiss media reports said that current exceptions for the import of meat for religious communities could stay in place even were the law to pass.

Yet a comment made by Katharina Büttiker, president of the Swiss Animal Alliance, which worked on formulating the bill, has the Jewish community concerned. She said she felt that both kosher and halal meat should be covered by the proposed ban.

Bans on the import of meat that was not pre-stunned have been proposed in the past in Switzerland, but none have met with success. Members of the Zurich Jewish community said that the matter had not generated great attention or worry among kosher consumers.

In addition to religious-freedom issues, some legal experts have expressed concern that such a ban could conflict with free-trade principles established by the World Trade Organization.

The Jewish community, which is most heavily concentrated in Zurich, imports the vast majority of its meat from France. The ban on shechitah technically allows for the slaughter of chickens and other fowl, but for financial reasons fowl, too, is imported.

For over a decade, laws to limit religious slaughter have gained traction in Western Europe, in an attempt by nationalist elements to limit the influence of Muslim communities. In many instances, these elements have joined forces with left-leaning animal-rights groups to advance their cause.

Mr. Winter said he assumes that “animal protection is indeed the primary motivation” for the present legislation.

Switzerland is one of several European countries that forbid slaughter without pre-stunning, along with Sweden, Denmark, Norway, Switzerland and Iceland.

The Swiss Federation believes that the more than a century-old ban is inherently anti-Semitic, but the law and other efforts to limit religious slaughter retain popular support.

‘‘Shechitah is a sensitive subject,” said Mr. Winter. ‘‘We assume that a significant part of the non-Jewish population would be in favor of an import ban on kosher meat. Still, at this stage we do not expect that such a ban will be imposed.”