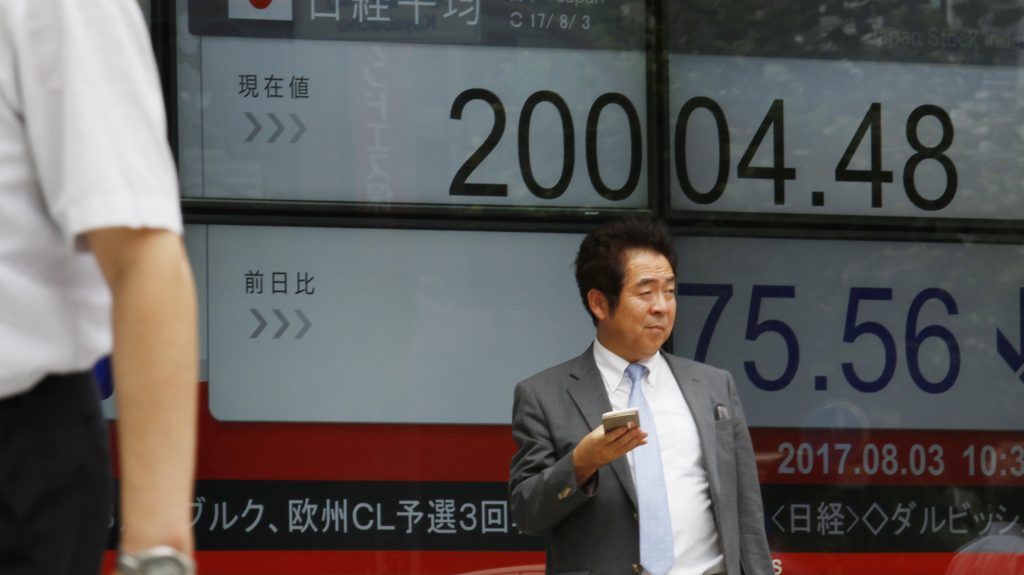 Asian stock markets were mostly higher Tuesday after Wall Street gained as investors looked ahead to this week’s gathering of central bankers in Jackson Hole, Wyoming.

Standard & Poor’s 500 index steadied following losses. Companies are mostly finished reporting quarterly results and profits and revenue were stronger than expected. The S&P 500 rose 0.1 percent to 2,428.37 after it and other indexes flipped between small gains and losses throughout the day. The Dow Jones industrial average gained 0.1 percent to 21,703.75 and the Nasdaq composite slipped 0.1 percent to 6,213.13.

Investors looked ahead to this week’s annual gathering of central bankers and economists in Jackson Hole, Wyoming. Federal Reserve Chair Janet Yellen and European Central Bank head Mario Draghi are both expected to speak at the event that begins Thursday. Stimulus from central banks has been one of the main reasons for the stock market’s surge since the Great Recession. But the Federal Reserve is raising interest rates and preparing to pare back the vast trove of bonds it bought following the 2008 financial crisis. Investors are wondering when the European Central Bank may follow suit.

“Fed Chair Janet Yellen is likely to look past low inflation and Trump’s credibility crisis, and remain resolute in normalizing monetary policy,” DBS Group said in a report. “The Fed will be using Jackson Hole to set the stage to start unwinding its balance sheet in the coming months. ECB President Mario Draghi will probably be evasive about his central bank’s strategy to exit stimulus.”