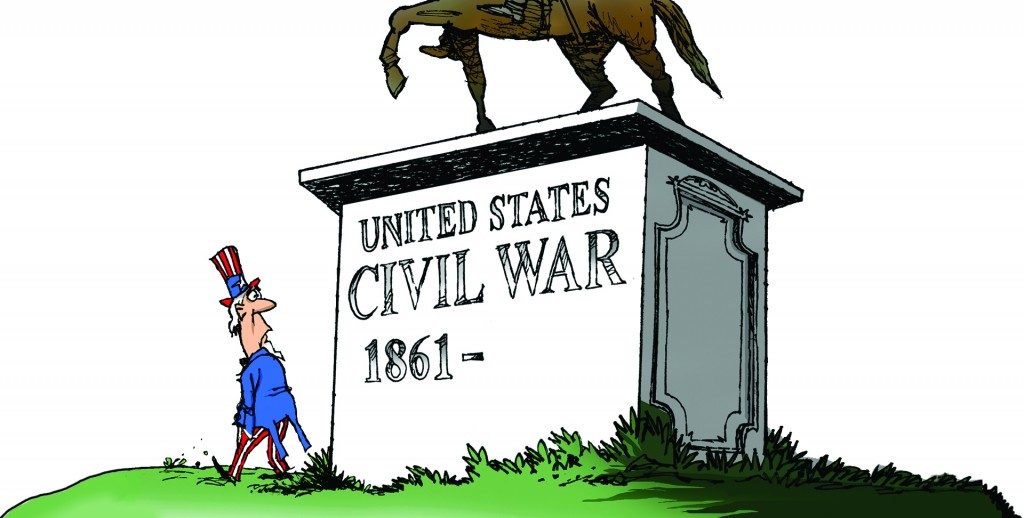 Lively public discourse, marked by a passionate exchange of ideas and strongly worded opinions, has long been a hallmark of American culture and politics. Colonial America had barely broken free from its mother country when it was already plunged into heated public debate over virtually every aspect of its eventual government. Nearly two and half centuries later, one of the few things that most Americans agree on is eagerness to argue their chosen positions.

Free and open give-and-take over matters of national interest is a vital sign of a healthy and vibrant democracy. But when the level of discourse becomes so inflamed and so deeply personal that it begins to rip the fabric of the country apart, let alone when it begins to actually descend into violence, it is time to take a step back and let reason, fairness, and logic retake center stage.

Writing in the Federalist Papers back in 1787, James Madison described a phenomenon that could just as well apply to the current debate that is tearing apart contemporary America.

“A zeal for different opinions … an attachment to different leaders ambitiously contending for pre-eminence and power… have, in turn, divided mankind into parties, inflamed them with mutual animosity, and rendered them much more disposed to vex and oppress each other than to co-operate for their common good.”

Madison goes on: “So strong is this propensity of mankind to fall into mutual animosities, that where no substantial occasion presents itself, the most frivolous and fanciful distinctions have been sufficient to kindle their unfriendly passions and excite their most violent conflicts.”

As the rush to tear down statues and markers honoring heroes of the Confederacy in public squares and cemeteries across the land continues unabated, supporters of these monuments would be quick to point out that Madison, one of America’s founding Fathers, who also served as its fourth president, was a slaveowner. As were George Washington, Thomas Jefferson and Andrew Jackson.

America’s troubled history in regard to its treatment of slavery is far more complex than many realize.

In fact, when judged by the strict bar of contemporary thinking, few of America’s revered heroes would pass muster.

Contrary to what most of those championing the cause of removing all signs of the Confederacy would presumably prefer to believe, Abraham Lincoln did not go to war with the South in order to free the slaves.

In an 1862 letter to the publisher of The New York Tribune, Lincoln clearly debunked that notion.

In his last public speech, given on April 11, 1865 — after Congress narrowly passed the 13th Amendment ending slavery — Lincoln spoke about granting African Americans, whom he referred to as “colored men,” the right to vote.

“It is also unsatisfactory to some that the elective franchise is not given to the colored man. I would myself prefer that it were now conferred on the very intelligent, and on those who serve our cause as soldiers.”

While this speech is often used by his defenders to illustrate Lincoln’s progressive outlook, his limiting voting rights to the “very intelligent” and those who served in the army is actually extraordinarily demeaning to the “colored man.”

Furthermore, Lincoln’s famed Emancipation Proclamation, issued as a military decree on January 1, 1863, didn’t free a single slave. The Proclamation didn’t apply to Delaware, Maryland, Kentucky and Missouri, slave states which had remained loyal to the Union. Lincoln also specifically exempted those areas of the Confederacy that were already under Union control. In other words, the only places it applied to were places where his government had no control — the Southern states fighting against the Union.

(In fairness to Mr. Lincoln, he would later strongly support the 13th Amendment that would finally free all the slaves. But while he helped get it passed, ultimately it was Congress — and the requisite three quarters of the states needed to amend the constitution — that freed the slaves.)

Ironically, Robert E. Lee, who has been on the receiving end of overwhelming liberal wrath in recent days, didn’t join the Confederacy because he was determined to maintain the practice of slavery. While Mr. Lee harshly mistreated the slaves he owned, it is likely that he took the helm of the Confederate Army out of loyalty to his home state of Virginia.

It is unfair and untrue to assert that those seeking to preserve the monuments honoring Lee and other leaders of the Confederate States are racist hatemongers aligned with extremist groups. This is a battle that they fought well before white supremacists and neo-Nazis decided to adopt this cause as their own.

The feelings of the many Americans who see these symbols as representative of a painful chapter in America’s history must not be discounted or minimized. It is very possible that Lee himself would have preferred that the statues bearing his images would not have been erected in the first place.

When invited to a ceremony at Gettysburg that sought to mark troop positions for posterity, Lee declined, writing that “I think it wiser … not to keep open the sores of war, but to follow the examples of those nations who endeavored to obliterate the marks of civil strife, to commit to oblivion the feelings engendered.”

Instead of taking dramatic actions in the darkness of night, the fate of the remaining monuments should be decided through a calm and reasoned discussion of the facts. Through good-faith willingness to compromise and a genuine attempt by the parties to try to respect and understand each other, a fair resolution can be achieved.

However, there are some lines that must never be crossed, and some areas where no compromise can ever be found. It is imperative that all self-respecting Americans unequivocally condemn all those who affiliate themselves with white supremacist and neo-Nazi ideologies.

It would be well for the President’s detractors, especially the members of the fourth estate, to remember that though they may strongly disagree with his positions and policies, he still deserves to be treated with the same journalistic integrity and balance as any other American. Furthermore, it is incumbent on those residing in this country, whether they voted for him or not, to give him the respect to which he is entitled by the virtue of the office that he holds.

But that does not mean that we have to look the other way when he says something we find disconcerting.

While the mainstream media — which has done all it possibly can to undermine his presidency from the moment he won the election — has sought to interpret his words with a far darker connotation than he intended, it is regrettable that President Trump insinuated last Wednesday that “both sides” who participated in the Charlottesville protest rally were culpable in the violence that culminated in an act of domestic terror that claimed one life.

Those who gathered ten days ago in Charlottesville ostensibly to protest the taking down of a statue of Robert E. Lee in Emancipation Park weren’t proud Southerners who had come to pay homage to their favorite military hero.

The scene was frighteningly familiar:

Many of the throngs of Ku Klux Klan members and various white nationalist groups were heavily armed. They flew Nazi flags, gave Nazi salutes, wore shirts bearing the image of Hitler, and chanted vicious anti-Semitic slogans. In many ways, it was more reminiscent of Berlin in the late 1930s than of the Deep South at the turn of the century.

They weren’t merely representatives of the dregs of society. As we noted in these pages last week, those who joined in this hatefest represent a very real threat to all of civilized society. Those who seek to minimize the danger posed by these brutal villains do so not just at their own peril, but at the peril of us all.

In contrast to the fiends who organized and led the Charlottesville rally, those behind this past weekend’s long-planned “free-speech rally” in Boston publicly disassociated themselves from the hate groups. Yet tens of thousands took the opportunity to stage a boisterous counter-protest against racism and white supremacy.

It is noteworthy that President Trump issued a welcome statement praising the latter groups.

“I want to applaud the many protestors in Boston who are speaking out against bigotry and hate. Our country will soon come together as one!” the president wrote. “Our great country has been divided for decades. Sometimes you need protest in order to heal, & we will heal, & be stronger than ever before!” he added.

A retraction of the “both sides” remark would do much to promote the healing process.

Among those who have not forgotten the horrors of the past, symbolized vividly and painfully by the swastika and other Nazi images so prominently seen in Charlottesville, are many of the President’s most loyal supporters, who were deeply troubled by the mixed messages that have emerged from the White House in recent days. It is with the greatest measure of respect that we call on the President to personally clarify his previous remarks and unambiguously state what we believe are his true views on this most painful chapter.

While the President, who only days earlier had sharply condemned the white supremacist groups, presumably did not intend to grant them credence or come to their defense, the stakes are too high and the matter far too serious that a statement that has been welcomed by the likes of David Duke and his ilk should stand uncorrected any longer.