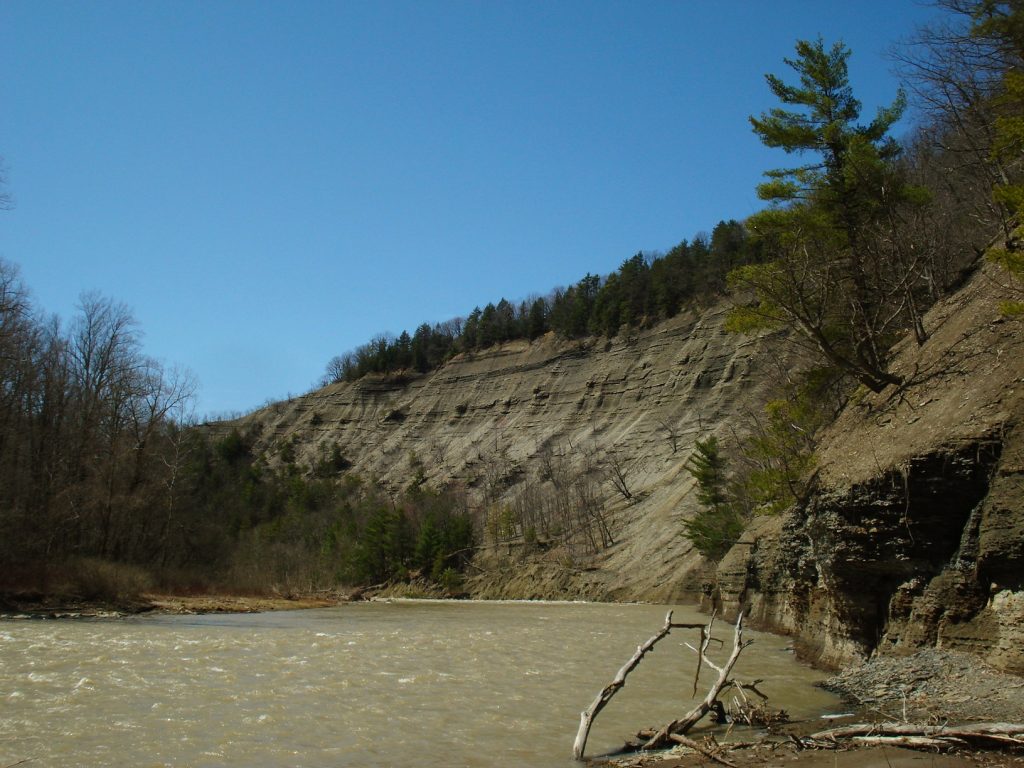 A family hike around a New York state gorge turned tragic when a mother and father fell off a 200-foot cliff and were killed, and their four-year-old son seriously hurt.

The bodies of Amanda Green, 35, and William Green, 33, both of Buffalo, were discovered Sunday along with their injured son, Alexander, in the Zoar Valley Gorge. Rescue crews also found sneakers and footprints that were too large for the four-year-old and began a search. Eventually they found the couple’s seven-year-old son, Jacob, walking nearby.

The four-year-old was airlifted to a Buffalo hospital, where he was listed in guarded condition Monday with internal injuries, fractures and a head injury. His brother was taken to the hospital for a broken arm and ankle.

Authorities believe the two parents and child fell about 200 feet down a steep cliff, but they are not sure what caused the fall. Hikers came upon the bodies.

“The first two hikers who found the bodies did not have a cellphone,” Erie County Sheriff Timothy Howard said. “They flagged down a third hiker who made the call.”

A helicopter landed on the gorge floor and evacuated the four-year-old. A detective found the injured seven-year-old around five hours later. It was not known yet if the older boy also fell along with his parents and brother.

The Zoar Valley, 35 miles south of Buffalo, is a popular hiking and kayaking spot, with scenic cliffs as high as 400 feet and the whitewater Cattaraugus Creek running through the gorge.

The gorge has been the scene of several rescue operations in recent years after hikers got hurt or lost.

“It’s sheer. It’s drops straight down,” sheriff’s spokesman Scott Zylka said of the area where the family was found.