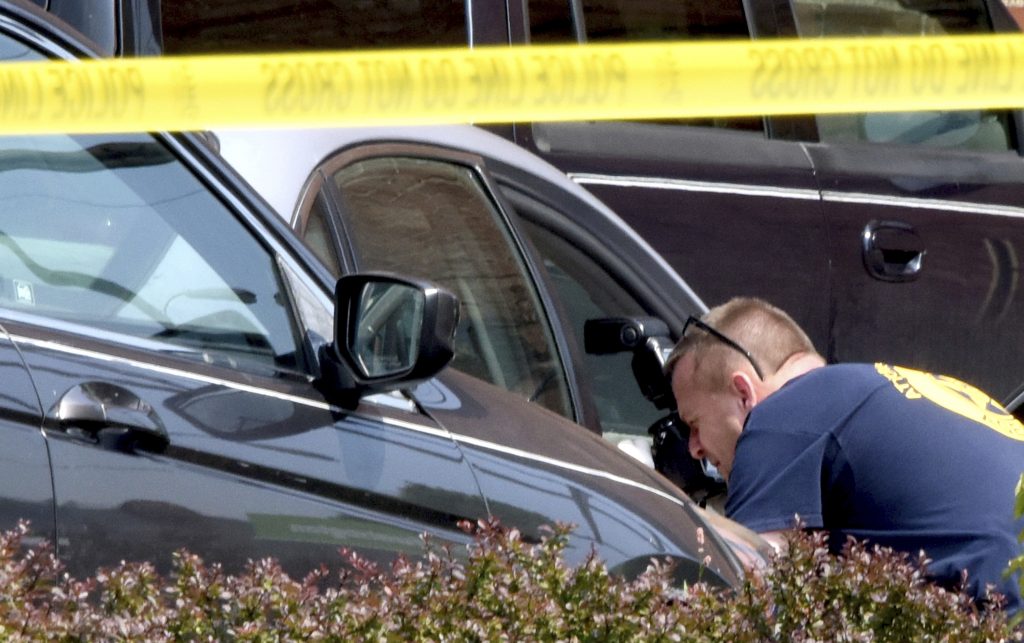 An Ohio judge was shot Monday morning outside his courthouse in what authorities called an ambush attack that ended when the judge and a probation officer returned fire, killing the attacker.

Police said a man apparently waiting for Judge Joseph Bruzzese, who sits on the Jefferson County Court of Common Pleas, ran up to the judge and began shooting when he approached the courthouse. Bruzzese drew a gun and fired at least five rounds at the shooter, possibly hitting the attacker, Jefferson County Sheriff Fred Abdalla told reporters during emotional remarks Monday morning.

“This individual laid in wait for our judge,” Abdalla said, tearing up during his remarks. “It just hurts. First thing on Monday morning, you have a judge shot in front of his courthouse . . . This was an ambush and an attempted murder on our judge.”

Authorities said Bruzzese was taken into surgery. His condition was not immediately known after the shooting, though the local news station WTOV9 reported that he was stable.

The suspect, who was not immediately identified by authorities, was struck three times and killed. Because a probation officer at the courthouse also shot at the suspect, Abdalla said it was not clear whether one of Bruzzese’s bullets hit the attacker, who fired five rounds.

During additional remarks to reporters Monday afternoon, Abdalla described Bruzzese as an avid hunter and sportsman. The sheriff said that years earlier, he had urged Bruzzese to carry a weapon with him for protection due to all of the “nutcases” around the country.

“With all the nuts running around, I encouraged him to get a weapon,” Abdalla said. “And he did.”

According to Abdalla, the attacker approached the courthouse early Monday morning in a car with another person before leaving and returning. When the shooter saw Bruzzese, Abdalla said, he “jumped out” of the car and ran over to begin shooting.

The second person in the car is not considered a suspect or an accomplice, Abdalla said, and told authorities that the shooter had only said he had to be in court Monday morning. This second person, who was also not identified, did not get out of the car and was wounded by a possible bullet ricochet and taken to the hospital, the sheriff said.

Abdalla said authorities have video of the shooting that they are working to have enhanced to show people what happened.

The shooting occurred in Steubenville, Ohio. It was unclear whether the shooting related to Bruzzese’s work, which involves hearing criminal felonies as well as some civil cases, according to the court’s website.

The Steubenville Police Department did not immediately respond to a request for comment Monday regarding the shooter’s identity.

“This man shoots a judge, could’ve killed him,” Abdalla said of the attacker. He added: “Thank God he’s not that good a shot.”

During his additional remarks Monday afternoon, Abdalla said that authorities were investigating whether the attacker had any connections to the judge, saying only that the shooter had “been involved in different things in Steubenville.”

In a statement Monday, Ohio Attorney General Mike DeWine said that the Steubenville Police Department asked the Ohio Bureau of Criminal Investigation to investigate the shooting.

DeWine said that the state agency assigned its special investigations, crime scene and cyber units to probe what happened.

“Fran and I are praying for Judge Bruzzese and his family at this difficult time,” DeWine said.

Rep. Bill Johnson, who represents Jefferson County, released a statement saying he was “very saddened and alarmed” by the shooting, noting that he had worked with Bruzzese, and he linked the incident to the attack on Republican members of Congress at a baseball practice in Virginia earlier this summer.

“From the shootings at the congressional baseball practice, to today’s tragic shooting, public officials are increasingly under assault,” Johnson said. “Public service shouldn’t be a dangerous occupation, but it all too often is.”