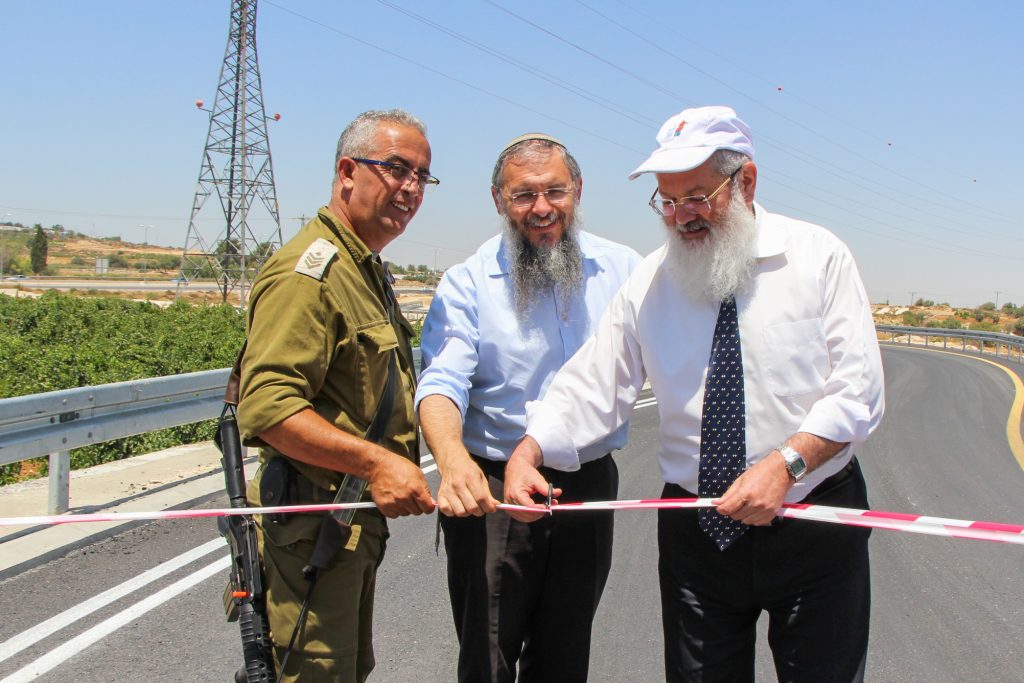 Responding to an “exposé” in Haaretz, Gush Etzion Regional Council head Shlomo Ne’eman said that the fact that his house was not “legal” at this time was a technical matter, and that the matter would be resolved soon. “There are dozens of towns in Yehudah and Shomron that are waiting for paperwork and other technical and administrative matters to be resolved,” Ne’eman said in a statement. “The house is certainly legal from a judicial point of view.”

The Ha’aretz report was based on a claim by the far-left Kerem Navot group, which accused Ne’eman of being a “land thief. Shlomo Neeman may not have grown up in Israel, but he has clearly adapted to the political climate here, in which it is permitted for anyone whose identity card lists him as a Jew is allowed to take over land. With this, Ne’eman joins a long list of leaders among the settlers who not only enable others to steal land but who steal it themselves.”

Ne’eman, who took over as council head about six months ago, and has lived in the community of Tzur Shalem, an outpost that was established in 2001 on lands belonging to the town of Carmei Tzur after the murder of a local resident in the second intifada.

In recent months, Ne’eman has lobbied heavily for the government to finish the paperwork to legalize his town and others in Gush Etzion, including Netiv Haavot. The High Court has ordered several buildings in Netiv Ha’avot demolished, and officials, including members of Prime Minister Binyamin Netanyahu’s staff, have been working to prevent those demolitions.

The land on which Tzur Shalem was built is not disputed by any Arabs, and is classified as “polled land,” a status that is attached to land that is eventually to be labeled as state land. In a statement, the Gush Etzion Regional Council said that there “is no doubt that the legal residents of these homes are labeled ‘lawbreakers’ due to policy issues.”

According to Ne’eman, “dozens of new communities in Judea and Samaria, that sit on tens of thousands of dunams of state land, are awaiting their turn to have their administrative matters resolved. None of us have violated any laws, we do not violate the law, and we will not violate the law.”