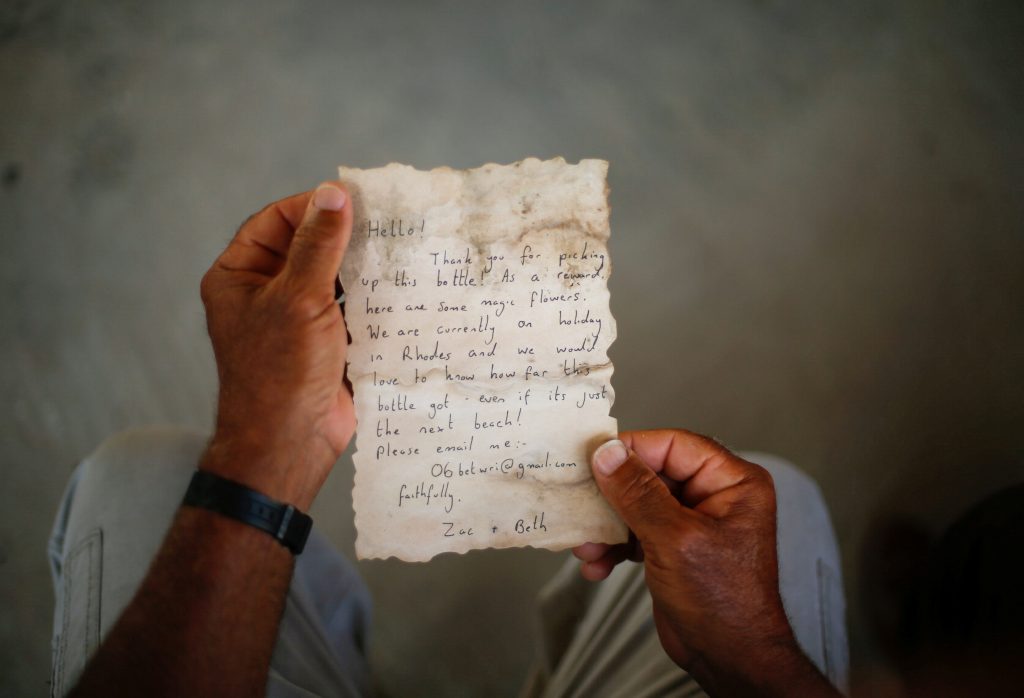 For Palestinian fisherman Jihad al-Soltan, it was a surprise summer catch — a message in a bottle that he netted off a Gaza beach.

It had bobbed its way in the Mediterranean for nearly 500 miles from the Greek island of Rhodes, placed in the water by a vacationing British couple in July.

“We are currently on holiday on Rhodes and we would love to know how far this bottle got, even if it’s just the next beach,” said the letter inside, signed “Faithfully, Zac and Beth.”

By replying to the email address they enclosed, Soltan discovered the two were Bethany Wright and Zac Marriner.

“Hello, Thank you for picking up this bottle. As a reward here are some flowers,” the couple had written in their letter.

By the time the bottle reached Gaza’s shores last week, the flowers had wilted.