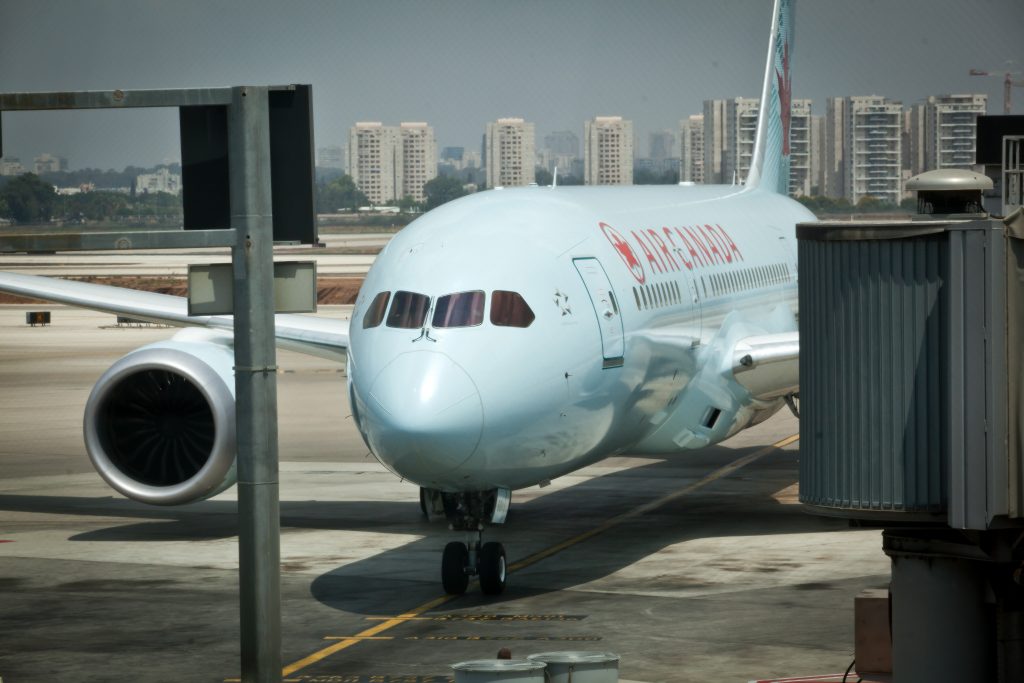 Delivery of the first Boeing 787 Dreamliner jet of the new fleet purchased by El Al is scheduled to arrive in the middle of a labor dispute, and the company’s maintenance workers are making the most of it.

They have threatened to disrupt the festive welcoming ceremony at Ben Gurion Airport when the plane touches down on Wednesday, raining on El Al’s parade with a protest demonstration, Globes reported on Monday.

Negotiations between El Al Israel Airlines and the workers’ committee for better employment conditions fell apart last week, and the committee sent around a letter to the workers calling on them to vent their grievances at the Dreamliner event.

The letter reads, in part: “The maintenance workers’ committee today began a protest against a callous management, which is contemptible and out of touch, and does not wish to come to terms with the workers of the maintenance division, who constantly perform extremely heavy work with scarred hands and infinite loyalty under some of the most difficult conditions in the world.

“Management’s proposal and its demands from the division’s workers were an extremely painful blow to all of us. The proposal is outrageous. Nevertheless, despite everything, the maintenance workers’ committee continued in a number of additional meetings in the hope that something might change in management’s attitude, but all our efforts were in vain. It was like talking to a brick wall – absolute insensitivity. There is a basic lack of understanding of what maintenance is and what its share in the big El Al pie is. There is nothing anywhere like our people.”

“Can a contented person who lives most of his life in a quiet, office air-conditioned to 68 degrees, with a leather upholstered chair, understand a technician who lives on concrete in 110-degree heat in the shade, and in a closed hangar that traps the heat and the cold like a tomato greenhouse and a chicken freezer, with constant noise and soot and toxins? Apparently not. These are two different planets: one of masters and one of servants. There is a wall of indifference and absolute alienation from the hotbox. We are all summoned on Wednesday to deliver one message to the company’s management: a new plane and rotten management.”

In response, El Al management notified the workers on Monday that anyone joining the protests “will bear responsibility for his actions, with all that that implies.”

The company reminded the workers that they are bound to an agreement to refrain from industrial action until August 2018, and that management and the maintenance workers’ committee are conducting discussions “with the sincere intent of improving the salary terms of the division’s workers, together with real streamlining measures.”

Furthermore, the management noted that the actions of the workers’ committee representatives, which it is urging the workers to take part in, are “illegal and not backed by the Histadrut.”

So far the Histadrut has stayed out of the affair, pending a majority vote of the workers to declare an official labor dispute. If that occurs, work actions could follow which would disrupt flight schedules.