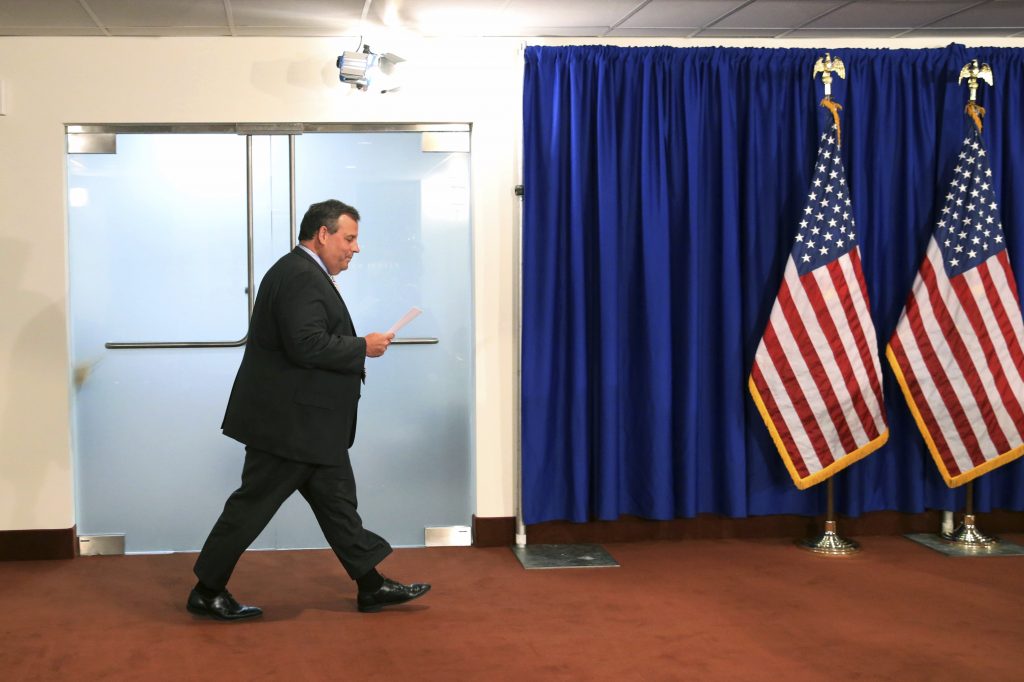 New Jersey Gov. Chris Christie said Sunday he is no longer seeking a job at a New York sports talk radio station once he leaves office, disputing a newspaper report that said the station told him he was no longer being considered.

Christie is prevented by term-limit laws from running again and will leave office in January. He has made numerous appearances as a fill-in host on WFAN while serving as governor and had a two-day on-air audition there last month as part of the station’s search to replace long-time afternoon host Mike Francesa.

Christie said that WFAN management approached him three weeks ago about doing more shows with other potential co-hosts, but that he declined the offer soon thereafter.

“After considering the other options that I have been presented with for post-gubernatorial employment, I declined their request to do additional shows,” Christie said in a statement issued by his office. “I made station executives aware that while I would be happy to continue to fill in for [WFAN morning show co-host] Boomer Esiason when asked and when available, that they should no longer consider me as a candidate interested in any job at WFAN when I leave the Governorship. I made that clear to them prior to leaving for my family vacation two weeks ago.”

Christie did not provide specific details about the “post-gubernatorial employment” options he has been presented with, and his spokesman did not immediately respond to a request for that information. Christie is prohibited from negotiating future employment while still serving as governor.

WFAN spokeswoman Jaime Saberito did not respond Sunday to a request for comment on Christie’s statement. She had told The Associated Press on Saturday that the station has not made a decision regarding a new afternoon show host and “cannot confirm the accuracy of the Daily News report.”