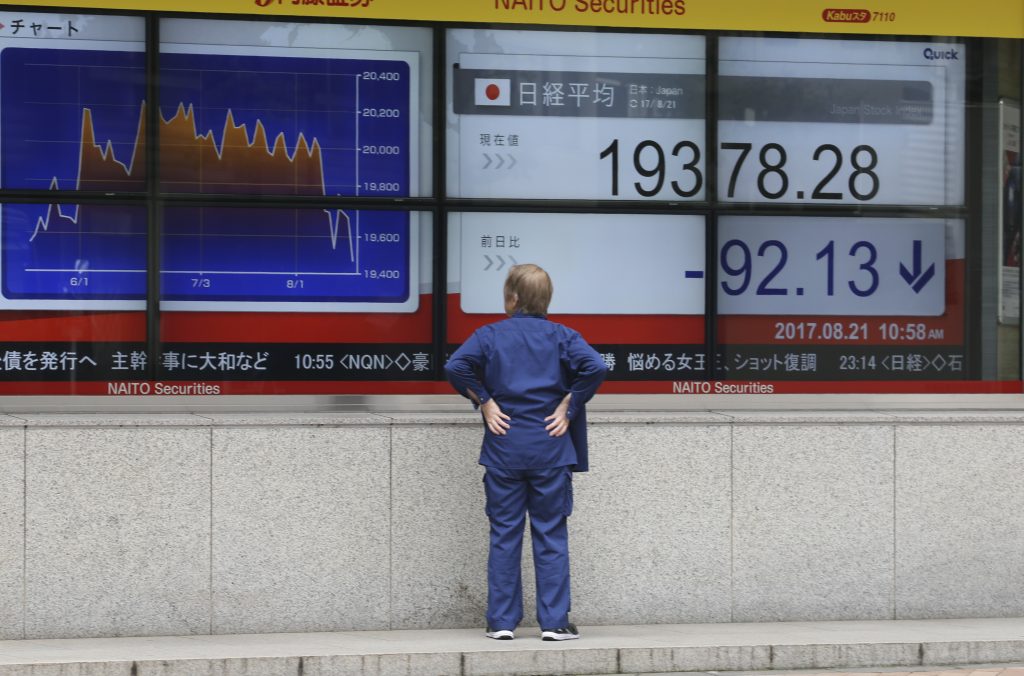 Asian stocks were mixed Monday as investors kept a wary eye on joint military drills between U.S. and South Korean forces and awaited a key meeting of central bankers later this week.

Central bank officials from around the world will be gathering for an annual three-day conference at a mountain resort in Jackson Hole, Wyoming, starting Thursday. Investors will be scrutinizing remarks from the policymakers due to speak, including Fed chief Janet Yellen and European Central Bank head Mario Draghi, for any hints on the future direction of interest rates and economic stimulus programs, which will have implications for global stock markets.

“All eyes turn to Wyoming this week, where central bank heads and academics come together to swap ideas, and this time, in all probability, to ask, ‘Where on earth is the inflation we all expected, and what do we do with rates?'” said ING Economist Rob Carnell.