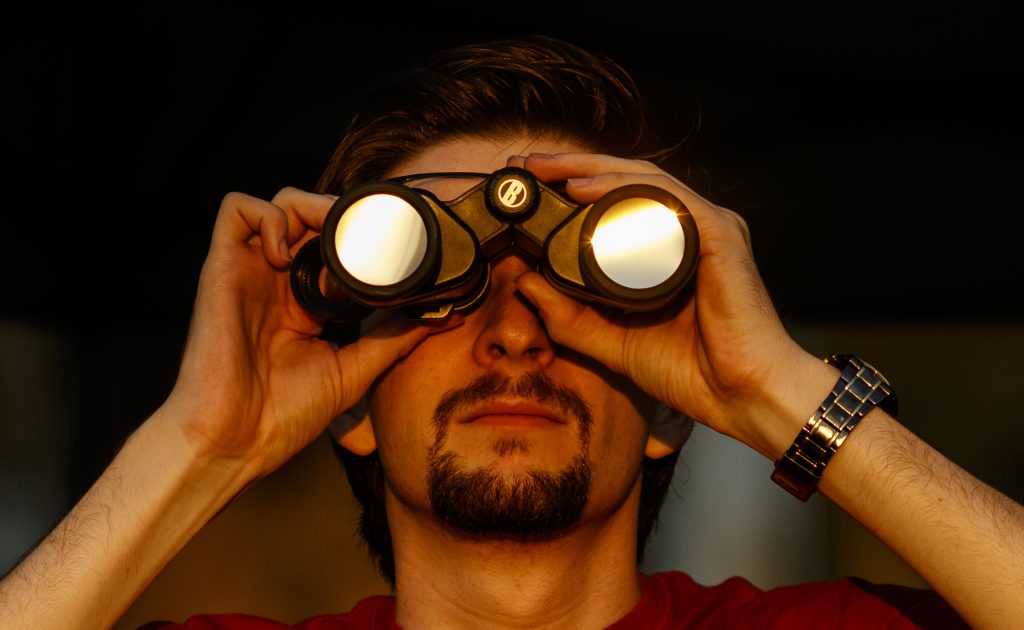 Americans with telescopes, cameras and protective glasses staked out viewing spots along a narrow corridor from Oregon to South Carolina to watch the moon blot out the midday sun for a magical couple of minutes Monday in what promised to be the most observed and photographed eclipse in history.

Sky-watchers everywhere – and millions were expected to peer into the sun – set out lawn chairs and blankets and awaited the first total solar eclipse to sweep coast-to-coast across the U.S. in practically a century. Astronomers were giddy with excitement.

Jim Todd, a director at the Oregon Museum of Science and Industry, warmed up the crowd at an amphitheater in Salem, Oregon.

“The world is watching us, folks, because we are going to get the first, best show and the weather is gorgeous,” Todd said. “The weather forecast is crystal clear throughout the state.”

David Avison showed up in Salem before dawn with his wife and relatives, after traveling by car and overnight train from their suburban Portland home. They couldn’t get reservations at a nearby resort, despite making plans six years ago.

“I’m telling people if you want to see the one in 2024, you’d better make your reservations now,” Avison said.

With 200 million people within a day’s drive of Monday’s path of totality, towns and parks braced for monumental crowds. Clear skies beckoned along most of the route, to the relief of those who feared cloud cover would spoil this once-in-a-lifetime moment.

The Earth, moon and sun line up perfectly every one to three years, briefly turning day into night for a sliver of the planet. But these sights normally are in no man’s land, like the vast Pacific or Earth’s poles. This is the first eclipse of the social media era to pass through such a heavily populated area.

The moon hasn’t thrown this much shade at the U.S. since 1918. That was the country’s last coast-to-coast total eclipse. In fact, the U.S. mainland hasn’t seen a total solar eclipse since 1979 – and even then, only five states in the Northwest experienced total darkness.

Scientists said Monday’s total eclipse would cast a shadow that would race through 14 states, entering near Lincoln City, Oregon, at 1:16 p.m. EDT, moving diagonally across the heartland over Casper, Wyoming, Carbondale, Illinois, and Nashville, Tennessee, and then exiting near Charleston, South Carolina, at 2:47 p.m. EDT.

The projected path cut 2,600 miles (4,200 kilometers) across the land and was just 60 to 70 miles (96 kilometers to 113 kilometers) wide. Shawnee National Forest in southern Illinois was in line to see the longest stretch of darkness: 2 minutes and 44 seconds.

All of North America was on track to get at least a partial eclipse, along with Central America and the top of South America.

In the southern Illinois village of Makanda, population 560 and home of the Eclipse Kitchen, lawn chairs were out and excitement was building.

“More and more people are coming in all the time,” said Debbie Dunn, designated car parker for the day.

Joe Roth, an amateur photographer, traveled south from the Chicago area to Alto Pass, Illinois, to catch his first total solar eclipse – on his 62nd birthday, no less. He said the stars aligned for him – “a Kodak moment for me to cherish and experience.”

Kim Kniseley drove overnight from Roanoke, Virginia, arriving in Madisonville, Tennessee, before dawn to get a parking spot at Kefauver Park, where by sunrise dozens of folks had claimed benches and set up tents.

He said that he would not be satisfied staying home in Roanoke and seeing a partial eclipse of 90 percent.

NASA and other scientists were in position to watch and analyze from telescopes on the ground and in orbit, the International Space Station, airplanes and scores of high-altitude balloons beaming back live video.

From aboard the space station, NASA astronaut Jack Fischer tweeted out a photo showing about a dozen cameras ready for action.

“All hands (cameras) on deck for #SolarEclipse2017 today,” he wrote, adding: “Don’t forget to protect your eyeballs!”

Hundreds of amateur astronomers converged on Casper, Wyoming. Among them was Mike O’Leary, whose camera was outfitted with a homemade eclipse filter, its focus and aperture settings locked in with blue painter’s tape. He was there to log his ninth eclipse.

“It’s like nothing else you will ever see or ever do,” O’Leary said. “It can be religious. It makes you feel insignificant, like you’re just a speck in the whole scheme of things.”

Citizen scientists also planned to monitor animal and plant behavior as daylight turned into twilight and the temperature dropped. People streamed into the Nashville Zoo just to watch the animals’ reaction.

Near Victoria, British Columbia, which awaited a 91 percent eclipse of the sun, science and math teacher Clayton Uyeda was going to watch from a ferry along with his wife. He said he was “expecting to have a real sense of connection with the heavens.”

He had similarly lofty hopes for his students if they could bring themselves to look up at the sky instead of down at their electronic devices.

Scientists everywhere agreed with Uyeda: Put the phones and cameras down and enjoy the greatest natural show on Earth with your own (protected) eyes.

The only time it’s safe to look directly without protective eyewear is during totality, when the sun is 100 percent covered. Otherwise, to avoid eye damage, keep the solar specs on or use pinhole projectors that can cast an image of the eclipse into a box.