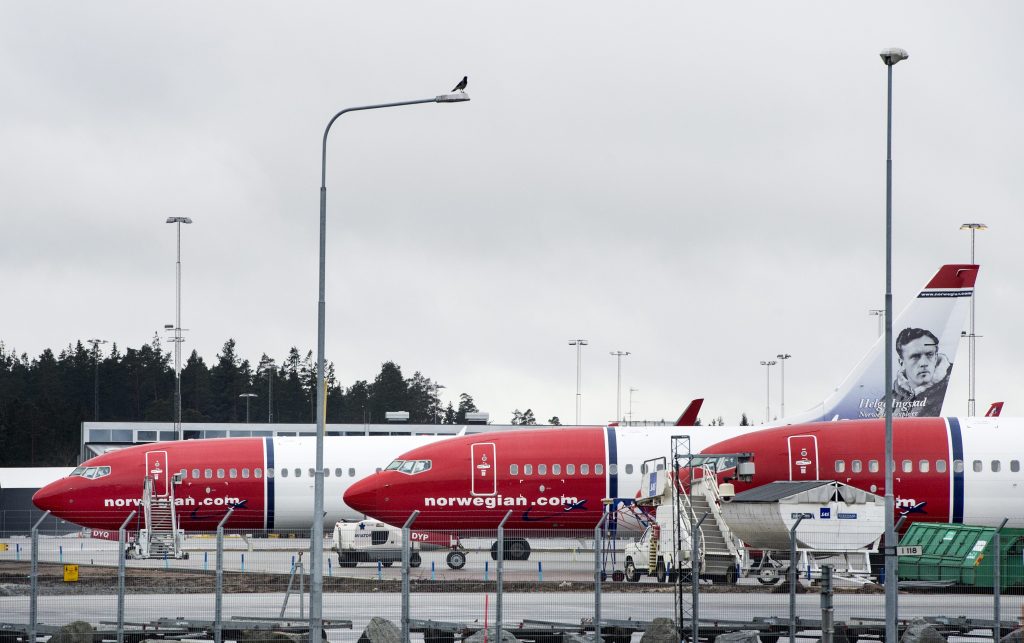 Already under pressure from discounters at home, major U.S. airlines are facing a tighter squeeze abroad as low-cost rivals ramp up service across the Atlantic.

While that’s great news for bargain-hunting travelers, it’s a blow for traditional airlines. The increased seat supply is dragging down fares in a lucrative overseas market just as a rebound in domestic pricing is starting to look shaky. American and United rattled investors last month when they forecast tepid revenue growth and signaled that an already tenuous grip on ticket prices was slipping.

European discounters can hurt revenue at big U.S. airlines “by taking incremental bookings and forcing them to lower their own fares,” said Michael Bentley of consulting firm Revenue Analytics. “I don’t see any reason why they can’t cause trouble with the major carriers.”

American cited the low-cost competitors as it reported a second-quarter drop in the average fare per mile for Atlantic flights.

“Atlantic is challenging. The fundamentals are challenging,” Don Casey, American’s head of revenue management, said in a conference call last month to discuss earnings. “There is excess capacity in the marketplace. The capacity is being driven by low-price carriers.”

American and Delta declined to comment about the trans-Atlantic market for this story, while United said it was happy with its performance there.

Meanwhile, the European discounters are plotting their expansion. In the benchmark month of August, the number of seats departing daily across the Atlantic in the month of August has increased 29 percent over the past five years and two-thirds of the growth has come from non-traditional carriers, said Samuel Engel, head of the aviation practice at consultant ICF International.

Norwegian Air, one of the most active low-cost carriers, with 46 routes between the U.S. and Europe, plans to start a dozen more. “This year will see the biggest growth of Norwegian in the U.S.” with fares on some routes as low as $99 each way, said Anders Lindstrom, a spokesman for the Fornebu, Norway-based company.

Other discounters also are increasing service. Iceland’s Wow Air Ehf, which flies between eight U.S. cities and Europe, added three U.S. destinations last year and three this summer. Primera Travel Group Hf, also from Iceland, has said it will begin flights next year between three European cities and New York and Boston with bare-bones fares as low as $99.

Among big carriers, Air France-KLM Group, which is selling a stake to Delta, is considering adding a reduced-fare unit. Deutsche Lufthansa AG, a Star Alliance partner of United, wants to add longer-range planes to its Eurowings discount operation for U.S. flights. Level, a low-fare sibling of IAG SA’s British Airways — a partner of American — has five weekly flights to the U.S. from Barcelona.

For now, the U.S. carriers are confident they can withstand the assault on their strong market positions. One reason: They’ll have an easier time than low-cost rivals absorbing higher jet-fuel costs as prices rise from last year’s trough. Their national networks will draw passengers who need connecting flights.

Business travel provides another source of insulation from discounters. Corporate fliers typically are willing to pay higher fares to get the amenities that go with them, said Alan Bender, a professor at Embry-Riddle Aeronautical University. All three of the biggest U.S. carriers report higher corporate demand.

“We read a lot about the European business sector picking up, and we’re seeing that in the travel to and from Europe,” Delta President Glen Hauenstein said on a conference call last month.

Those factors aside, the big airlines can’t afford to ignore the growth in low-cost trans-Atlantic service. Memories remain vivid of 2015, when expansion at Southwest Airlines Co. and Spirit Airlines Inc. triggered the U.S. fare war.

“We’ve seen it time and again,” said Bentley, the Revenue Analytics consultant. “If you shrug off worries about no-frills competitors you ignore these guys at your peril.”