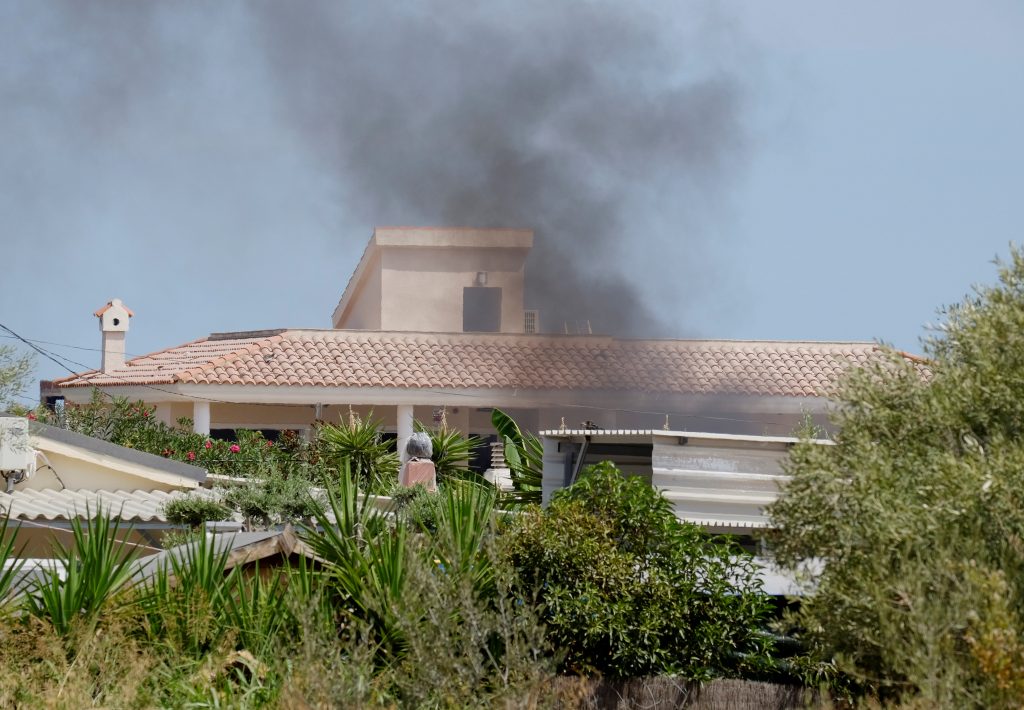 Spanish police hunting for a suspect after the Barcelona van attack that killed 13 people said on Sunday they could not rule out that he had slipped over the border into France.

Spanish police said security operations were under way in Catalonia and on the French border as they try to find Moroccan-born Younes Abouyaaqoub, 22, who they believe is the only one of 12 suspects still at large.

Others have been arrested, shot by police or killed in an explosion at a house in Catalonia a day before Thursday’s van attack on Las Ramblas, Barcelona’s most famous boulevard.

“We don’t have any specific information on this but it cannot be ruled out,” Catalan police chief Josep Lluis Trapero told a news conference in Barcelona when asked if Abouyaaqoub could have crossed into France.

Spanish media have said Abouyaaqoub was suspected of being the driver, who fled after the attack. Trapero said he could not confirm who was driving, but said investigators believed only one person was in the van.

Islamic State has claimed responsibility for the attack, in which a van travelling at high-speed drove through crowds of tourists and local people walking along Las Ramblas, leaving a trail of dead and 120 injured from 34 countries.

Hours later, police shot dead five men wearing fake explosive belts in the Catalan seaside resort of Cambrils after they rammed holidaymakers with a car and stabbed others, killing one woman.

A police source in France told Reuters on Friday that police there had been looking for the driver of a white Renault Kangoo van that may be connected to the attacks. French media said on Saturday the vehicle had been found near Barcelona.

Abouyaaqoub’s mother Hannou Ghanimi, speaking to reporters, urged her son to give himself up to police, saying she preferred him being in prison to being dead.

The attacks were the deadliest in Spain for more than a decade. In little more than a year, terrorists have used vehicles as weapons to kill nearly 130 people in France, Germany, Britain, Sweden and Spain.

Four people have been arrested so far in connection with the attacks – three Moroccans and a citizen of Spain’s North African enclave of Melilla.

One focus of the investigation is on Ripoll, a quiet town set beneath the Pyrenees mountain range and ringed by forested hills, which was the home of a number of the youths, most of Moroccan nationality, who are suspected of involvement. Three of those killed in Cambrils were aged between 17 and 24.

A common thread running through the young men’s lives was a local imam, Abdelbaki Es Satty, whose landlord said he left Ripoll two days before the attack.

Spanish media have depicted Es Satty as being a possible ring-leader who indoctrinated the group.

Papers bearing what appeared to be French names, phone numbers and email addresses were seen by reporters in Es Satty’s apartment in Ripoll after it was searched by police.

A police document published by Spanish media said two alleged members of the group, Youssef Aallaa and Mohamed Hichamy, now both believed dead, had travelled to Zurich in December 2016.

Swiss newspaper Tages-Anzeiger said Swiss police confirmed that at least one of the Barcelona suspects had been in Zurich in December 2016, although it said it was not yet possible to say if the suspects had any connections to Switzerland. An investigation of the visit was under way, it said.

Trapero said investigators have identified two people from remains found in a house razed in an explosion on Wednesday in Alcanar, southwest of Barcelona, that police believe the suspects were using as a base.

Police believe the explosion foiled the cell’s plans to carry out one or more large-scale bombings in Barcelona and led them to rush to stage attacks with vehicles.

More than 100 butane gas cylinders were found at the house, and also, according to Spanish media, traces of TATP, or triacetone triperoxide, a highly volatile explosive nicknamed “the mother of Satan” that can be made with easily obtainable household chemicals.

Of the 14 dead in the two attacks, five are Spanish, two are Italians, two are Portuguese, one Belgian, one Canadian and one a U.S. citizen, emergency services and authorities from those countries have confirmed so far.

Spain’s King Felipe and Queen Letizia, Prime Minister Mariano Rajoy and Portuguese Prime Minister Antonio Costa joined Catalan leaders on Sunday for a service in memory of the victims of the attack.

Spain has kept its security alert level at four, one notch below the maximum level that would indicate another attack was imminent, but said it would reinforce security in crowded areas and tourist hotspots.