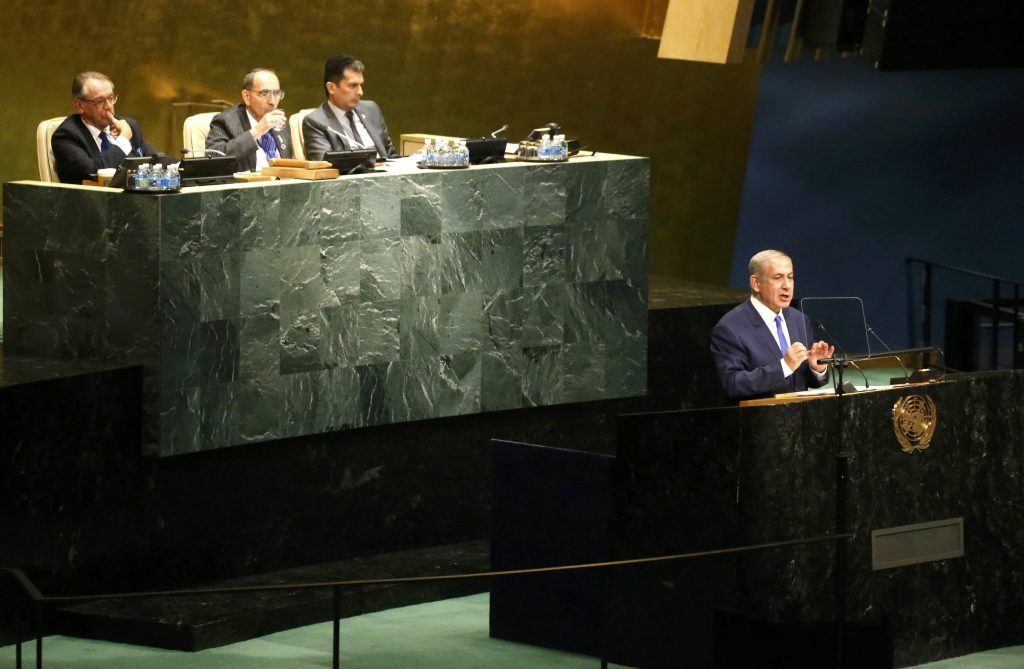 Prime Minister Binyamin Netanyahu is getting bumped up on the speaking schedule of the United Nations General Assembly, Israel Radio reported over the weekend. Instead of speaking on the second day of the assembly’s fall session, as is customary for prime ministers, Netanyahu will speak on the morning of the first day of the session, in order to allow him to arrive home before Rosh Hashanah.

Traditionally, the first day of the debate is reserved for presidents and kings, with the heads of state of the United States, France, Jordan, Morocco, and other kingdoms or republics that have separately-elected presidents and legislatures speaking on that day. The second day begins the long list of “heads of government,” such as prime ministers in parliamentary democracies, of which Netanyahu is one.

Credit for the schedule change is being given to Israel’s Ambassador to the United Nations Danny Danon, who lobbied strongly to get the speech moved. Netanyahu had considered not making a speech at all this year.

According to the schedule, Netanyahu will be the last speaker of the Tuesday morning session, which ends at 1:00 p.m. After the speech he will be rushed to the airport and flown out immediately to Israel, where he is scheduled to arrive just before the chag, according to the report.

Palestinian Authority chief Mahmoud Abbas will be speaking on Wednesday.

Speaking to Israel Radio, Danon said that there was great anticipation, speculation and concern over the speech that U.S. President Donald Trump will be making. Trump is the second scheduled speaker, after the Brazilian head of state.