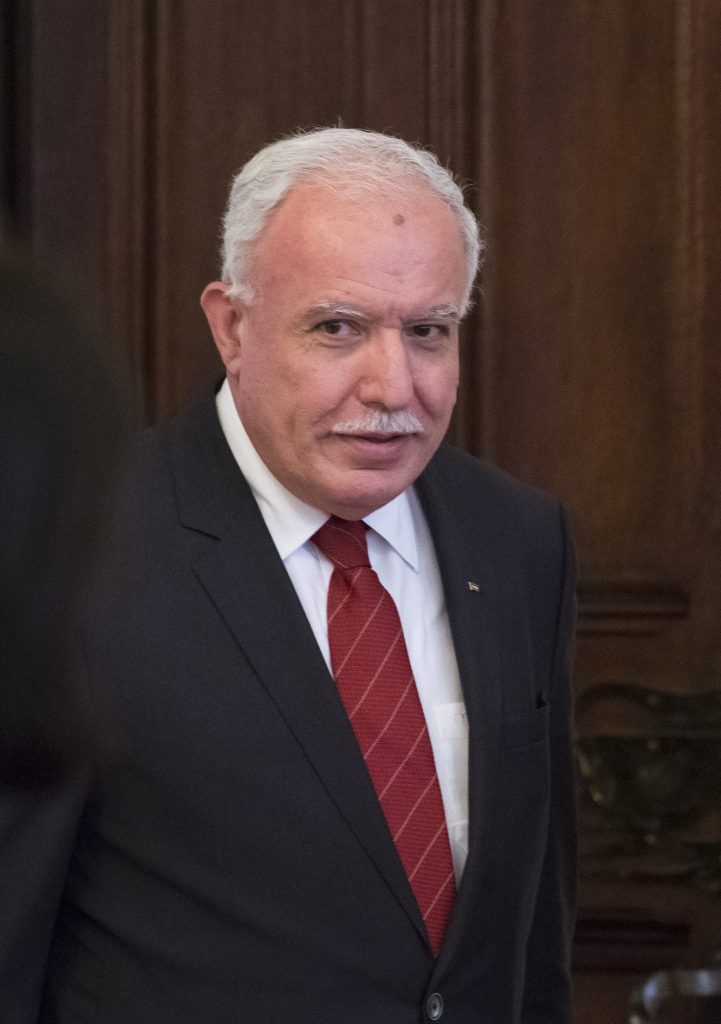 Palestinian Authority Foreign Minister Riyad Al-Maliki welcomed Egypt’s closer ties with Hamas, calling on the terrorist group to bring an end to the rift between the Palestinian factions, which has worsened this year.

Speaking at a joint press conference with his Jordanian and Egyptian counterparts in Cairo, Al-Maliki said Egypt was fulfilling its role as a mediator between the group and the Palestinian Authority.

“It is not new or controversial for Egypt to do its part and fulfil its mandate in these negotiations … it must communicate with Hamas in order for the group to mesh with the overall Arab stance,” Al-Maliki said, following a meeting between the three parties to discuss the Israeli-Palestinian peace process.

For much of the last decade, Egypt had joined Israel in enforcing a land, sea and air blockade of the Gaza Strip, a move to punish Hamas and its armed wing, which seized the territory in 2007 and has controlled it since.

In recent months, however, Egypt hosted a number of Hamas members, including its leader, Ismail Haniyeh, in a series of meetings that showed improved ties between the country and the group.

After the last round of meetings in Cairo, Hamas cleared land on its side of the border, creating a buffer zone with watchtowers, cameras and barbed-wire fences, in a concession to security-conscious Egypt, which has battled an Islamic State-led insurgency in its Sinai Peninsula that has killed hundreds of soldiers and police officers since 2013.

Al-Maliki called on Hamas to relinquish control of the Gaza Strip in order to pave the way for legislative and presidential elections.