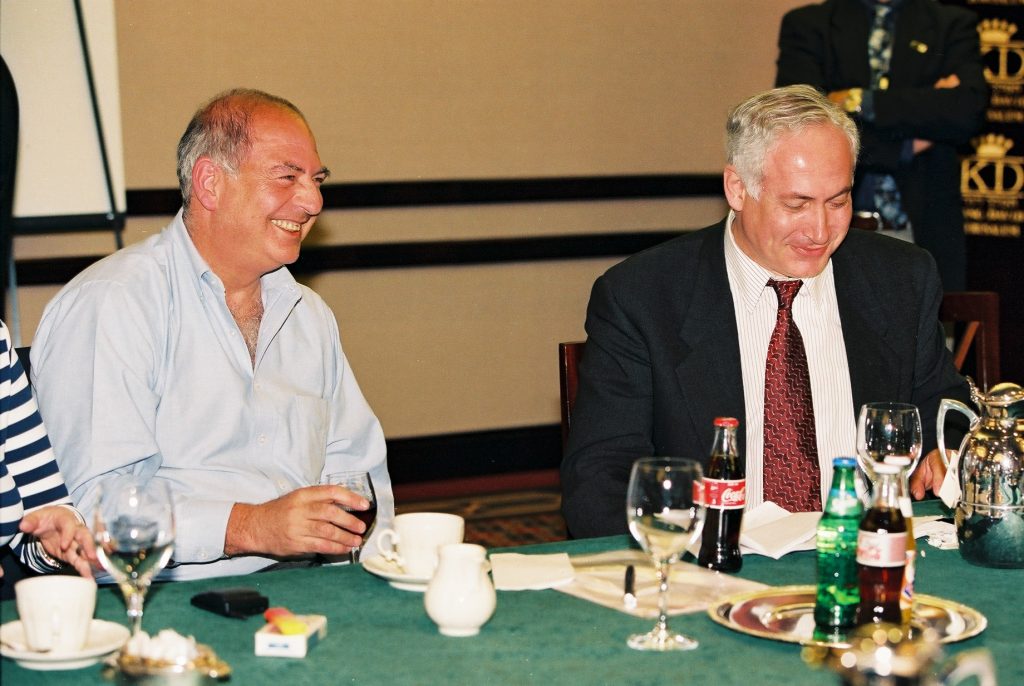 Prime Minister Binyamin Netanyahu over the weekend sent a condolence message to the family of Arthur Finkelstein, the American campaign adviser who is credited with helping boost the prime minister into power in the 1996 Knesset elections.

“Arthur was a true friend of Israel,” PM Netanyahu wrote, adding that he took the news of the death of the 72-year-old Finkelstein “with great shock,” and that he “participates in the mourning of the family.”

Finkelstein passed away Friday in his home in Ipswich, Massachusetts, from complications due to the lung cancer he was suffering.

Finkelstein was a well-known campaign organizer and manager who had worked on numerous campaigns, including that of Ronald Reagan. He also worked with many congressional candidates, helping many of them – mostly conservative and Republican – to pull off victories against significant odds, among them former Sen. Alfonse D’Amato of New York and New York State Gov. George Pataki.

In Israel, Finkelstein has worked with numerous politicians, usually behind the scenes, to help them advance their careers. In 1996, as Netanyahu was running an uphill campaign – in the wake of the 1995 murder of former Prime Minister Yitzchak Rabin – against Shimon Peres for leadership of the country, Finkelstein is credited with devising the slogan “Peres will divide Yerushalayim,” which many have credited as the winning formula that pushed Netanyahu over the top to a string of victories that have made him Israel’s longest-serving prime minister.

Finkelstein also helped the Netanyahu campaign in 1999 when he ran against Ehud Barak, and again in 2013, when the Likud ran together with Yisrael Beytenu in the Knesset elections.

Yisrael Beytenu chairman Avigdor Liberman said that Finkelstein was “a man of many talents with a broad knowledge in many subjects. He was a consummate professional whose career led him to have intimate acquaintance with many world leaders, but this never changed his calm personality, and he never balked at speaking straightforwardly. On a personal level he was a true friend, and I will always remember him as one of the most fascinating personalities I have ever known.”