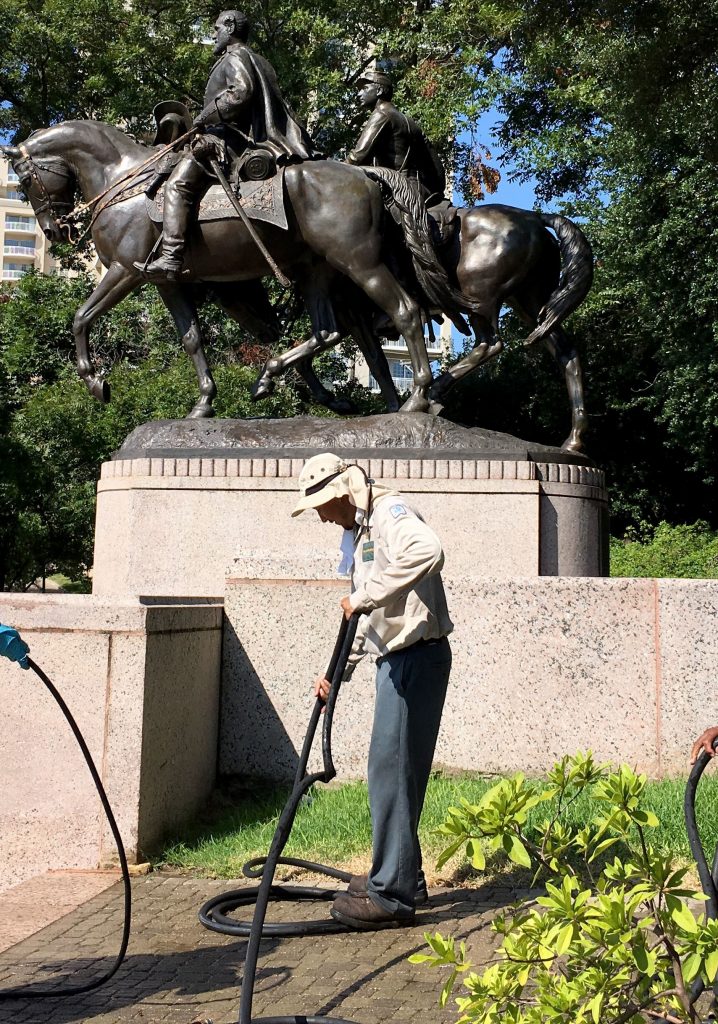 Someone vandalized a statue of Confederate Gen. Robert E. Lee in a Dallas park Friday night or early Saturday morning.

A city crew was called to Lee Park in the Oak Lawn neighborhood about 8 a.m. Saturday to wash the graffiti from the statue.

When crew members arrived, they said they found the word “Nazis” scrawled on the statue in spray paint.

Such vandalism is unacceptable to Mayor Mike Rawlings, who has called the city’s Confederate monuments a “symbol of injustice” and set up a task force to decide how to handle them.

“We will not tolerate unlawful behavior, including acts of vandalism or violence, regardless of one’s beliefs,” the mayor said in a written statement Saturday. “I call on all citizens who plan to exercise their First Amendment right to do so in a civil and peaceful manner.”

It’s not the first time the Lee statue in Oak Lawn has been defiled. In July 2015, someone spray-painted “SHAME” on its base, just two weeks after a group of protesters held an “undedication” ceremony at the park.

The statue and other monuments across the country have become flashpoints in the debate over whether such tributes to the Confederacy belong in public places.

On Friday, four black members of the City Council called for Dallas to remove its Confederate monuments — but only after citywide discussions can take place.

Rawlings said he wants the council to take action on the fate of the Lee statue and other such monuments by Nov. 8.

“But it is critical that we go about this process in a way that makes our city more united,” the mayor wrote. “Let’s use this opportunity to listen to one another, to learn from one another and to make our city stronger.”