Politics Icahn Steps Down as Adviser to Trump
Politics 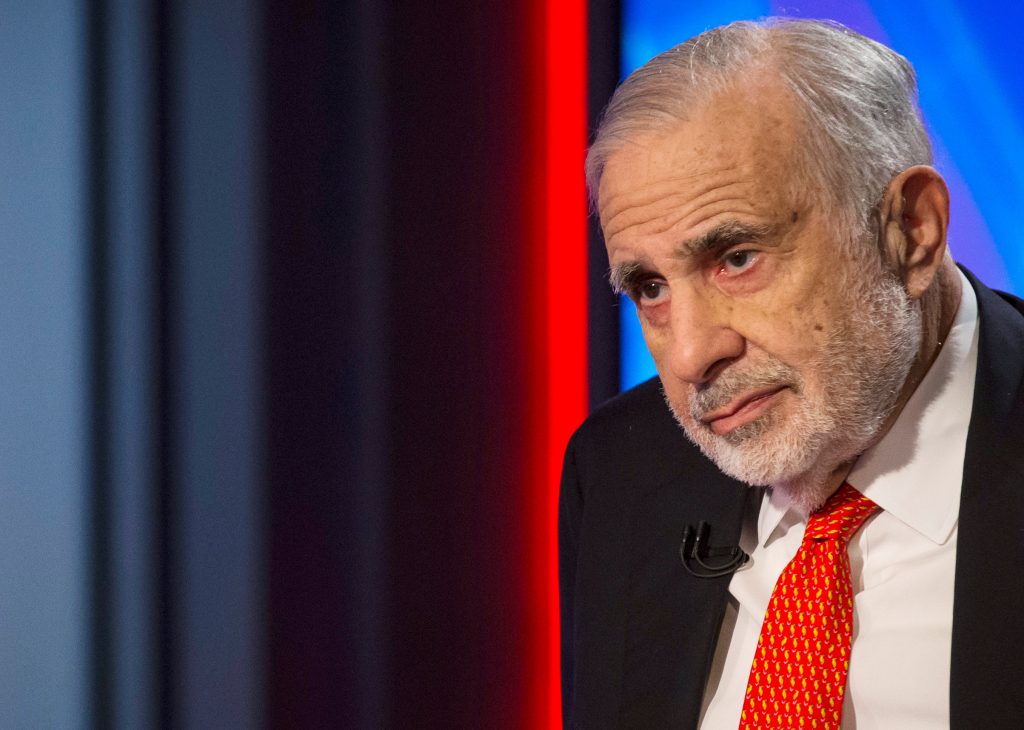 Billionaire investor Carl Icahn ended his role as a special adviser to U.S. President Donald Trump on Friday after facing criticism that policy recommendations he offered could help his own investments.

Some Democratic lawmakers and biofuels advocates argued that Icahn’s guidance to the Republican administration created a conflict of interest with his businesses, including oil refining company CVR Energy Inc. Icahn has denied any conflict of interest.

“I chose to end this arrangement (with your blessing) because I did not want partisan bickering about my role to in any way cloud your administration,” Icahn wrote in a letter to Mr. Trump released on his website.

The White House declined to comment. A call to Icahn’s office was not immediately returned.

The activist investor, who leads Icahn Enterprises LP, was an early and close ally of Mr. Trump who was often praised by the Republican for his business acumen. One of Icahn’s first tasks was to vet the future Securities and Exchange Commission chairman. A number of candidates met with the octogenarian investor in his Fifth Avenue office just a few blocks north of Trump Tower in Manhattan.

While Icahn stopped managing money for clients years ago, he still has large stakes in companies like Herbalife Ltd, CVR and American International Group Inc, which have faced regulatory issues.

Icahn was so sure Mr. Trump’s election last year would give a boost to stocks that he left the campaign’s victory party to make a $1 billion bet on the market, he told Reuters last year. The day after the election, stocks leapt.

In his letter to Mr. Trump, Icahn downplayed his role as an adviser on regulatory matters, saying “I never had access to nonpublic information or profited from my position.”

Mr. Trump, who came to office promising to roll back regulation, reform the tax code and boost infrastructure spending, never put Icahn on the payroll.

But Icahn’s involvement was considerable. He interviewed Scott Pruitt, now the administrator of the Environmental Protection Agency, the very agency that would determine regulations about requiring refiners to blend biofuels. His web of financial interests became a lightning rod.

“If he was not willing to admit he was a de facto special government employee, and follow the rules, then he had no place serving in government,” said Norman Eisen, co-founder of Citizens for Responsibility and Ethics in Washington, who served as the chief ethics lawyer for former President Barack Obama.

“His short tenure, marred by serious conflicts allegations, was yet another black eye for an administration that has become notorious for violations of ethics and the rule of law.”

Icahn has been one of the loudest critics of the federal biofuels program, and he was working at price-crushing reforms of the program at the same time he was betting that credits at the center of the program would fall.

Biofuels regulations require refiners either to blend biofuels into gasoline or, in the case of companies like CVR that have no blending facilities, to buy credits from competitors. The regulation, the Renewable Fuel Standard, also allows companies to delay those credit purchases by a year.

As an adviser to President Trump, Icahn urged the president in February to alter the policy to lift the blending burden from refiners. Yet environmental regulators are preparing to formally reject that proposal, sources told Reuters. Investors have built up a large short position in CVR in the past three months, according to Reuters data, as evidence mounts that the company’s gamble on the biofuels market is going sour.