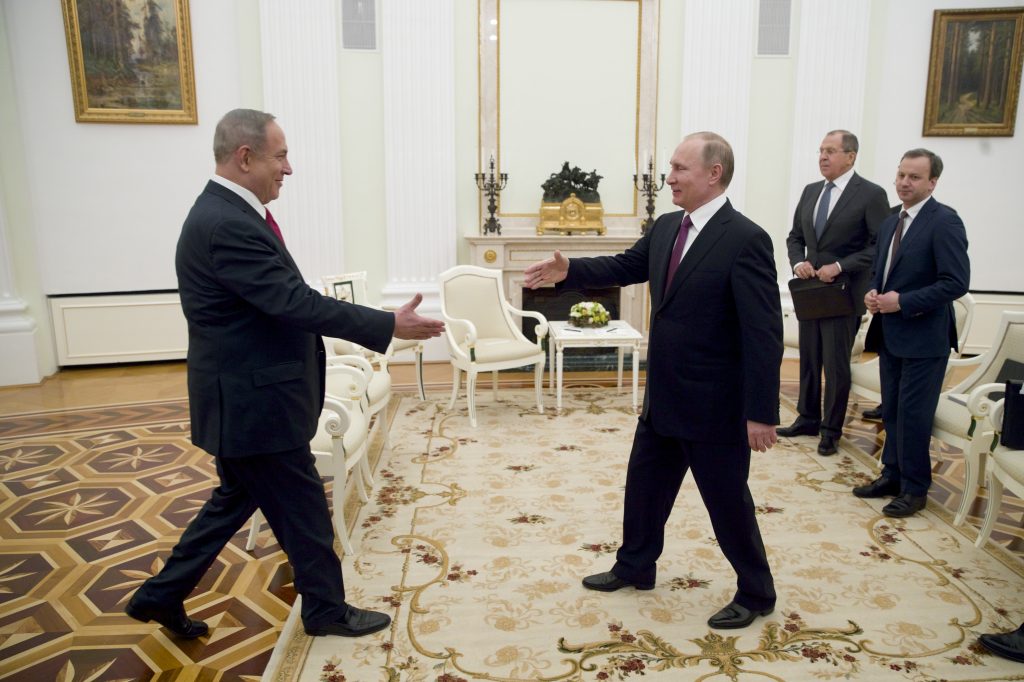 Prime Minister Binyamin Netanyahu will discuss the Middle East with Russian President Vladimir Putin when they meet in the Russian resort of Sochi next week, his office said.

Israel is concerned Iran is trying to establish a permanent military foothold in Syria. Netanyahu said in a speech last week that Israel was watching developments and would act against any threat.

Iran, Israel’s arch-enemy, has been Syrian President Bashar al-Assad’s staunchest backer and has provided militia fighters to help him.

Russia, also Assad’s ally, is seen as holding the balance of power in achieving a deal on Syria’s future.

Israeli leaders have pointed to Tehran’s steadily increasing influence in the region during the six-year-old Syrian conflict, whether via its own Revolutionary Guard forces or Shiite Muslim proxies, especially Hezbollah.

Netanyahu has said that Israel has carried out dozens of strikes to prevent weapons-smuggling to the Iranian-backed Lebanese group Hezbollah via Syria.

Two years ago, Israel and Russia agreed to coordinate military actions over Syria in order to avoid accidentally trading fire.