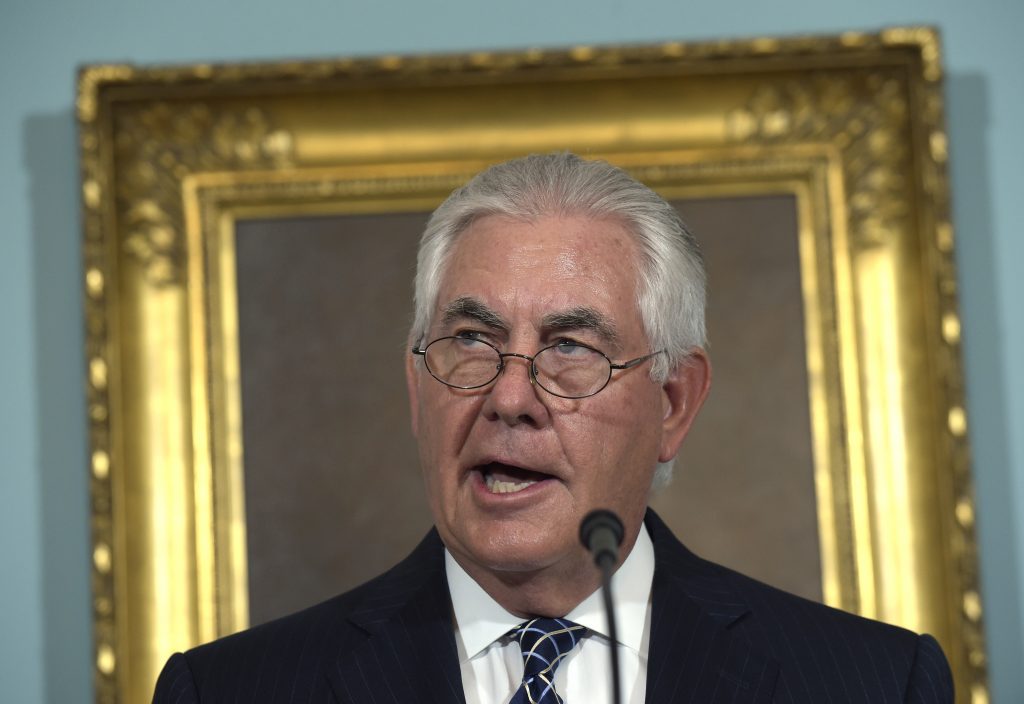 Secretary of State Rex Tillerson on Friday condemned hate speech and bigotry as un-American and antithetical to the values on which the U.S. was founded and promotes abroad. He also lamented a lack of diversity in the U.S. diplomatic corps and pledged to increase minority hiring.

In his most extensive comments on race and diversity since last weekend’s violence in Charlottesville, Virginia, and the ensuing rhetorical fallout that has embroiled the country, Tillerson called racism “evil.” He said freedom of speech is sacrosanct but that those who promote hate poison the public discourse and damage the country.

“Hate is not an American value,” he told interns and young State Department staffers, including minorities involved in special recruiting programs. “We do not honor, nor do we promote or accept, hate speech in any form, and those who embrace it poison our public discourse and they damage the very country that they claim to love.”

Tillerson, who has been criticized by former diplomats and foreign-policy experts for maintaining a hiring freeze at the department that also affected minority recruiting, also pledged to diversify the overwhelmingly white and male ranks of the senior diplomatic corps.

He said it was unacceptable that only 12 percent of the senior foreign service is non-white and only one-third women. And he stressed that the hiring freeze is only temporary and would be lifted with minority-recruitment programs remaining in place and being bolstered.

To that end, he said that the department would expand minority recruiting and that he was requiring that at least one minority candidate be considered for every open ambassadorship.