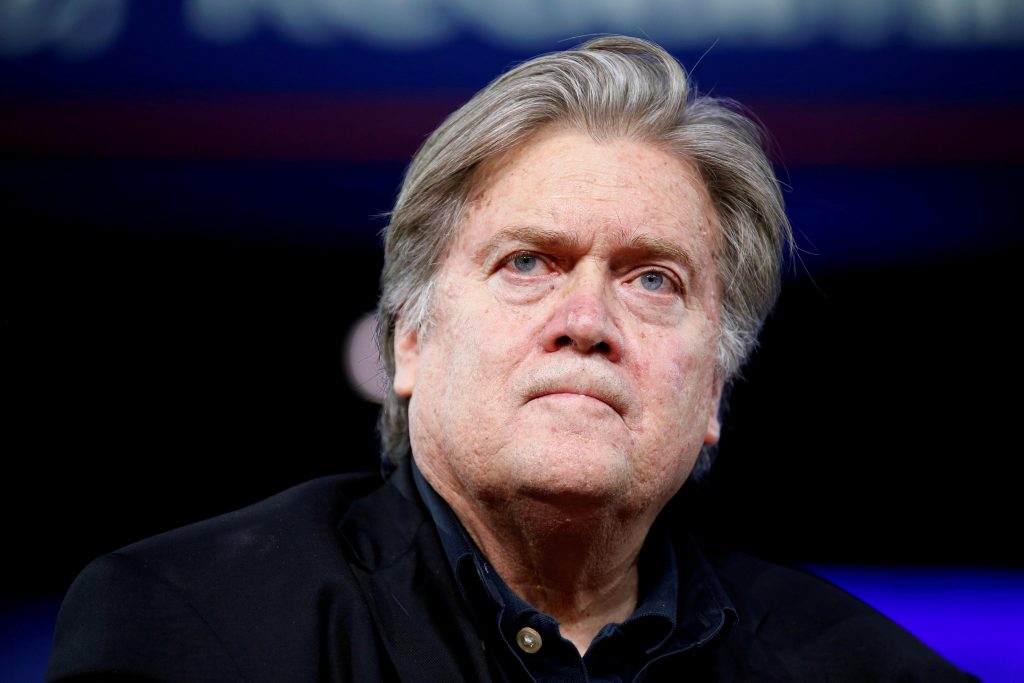 “White House Chief of Staff John Kelly and Steve Bannon have mutually agreed today would be Steve’s last day,” White House spokeswoman Sarah Sanders said in a statement. “We are grateful for his service and wish him the best.”

A source familiar with the decision, which had been under consideration for a while, said Bannon had been given an opportunity to depart on his own terms. “The president made up his mind on it over the past couple of weeks,” the source said.

Kelly had been evaluating Bannon’s role within the White House. “They gave him an opportunity to step down knowing that he was going to be forced to,” the source said.

Bannon damaged his standing by giving an interview to the liberal American Prospect this week in which he was seen to be undercutting Trump’s position on North Korea.

He had told friends he could go back to the alt-right Breitbart News outlet, which he had headed before he took over as chief of Trump’s presidential campaign in August 2016.