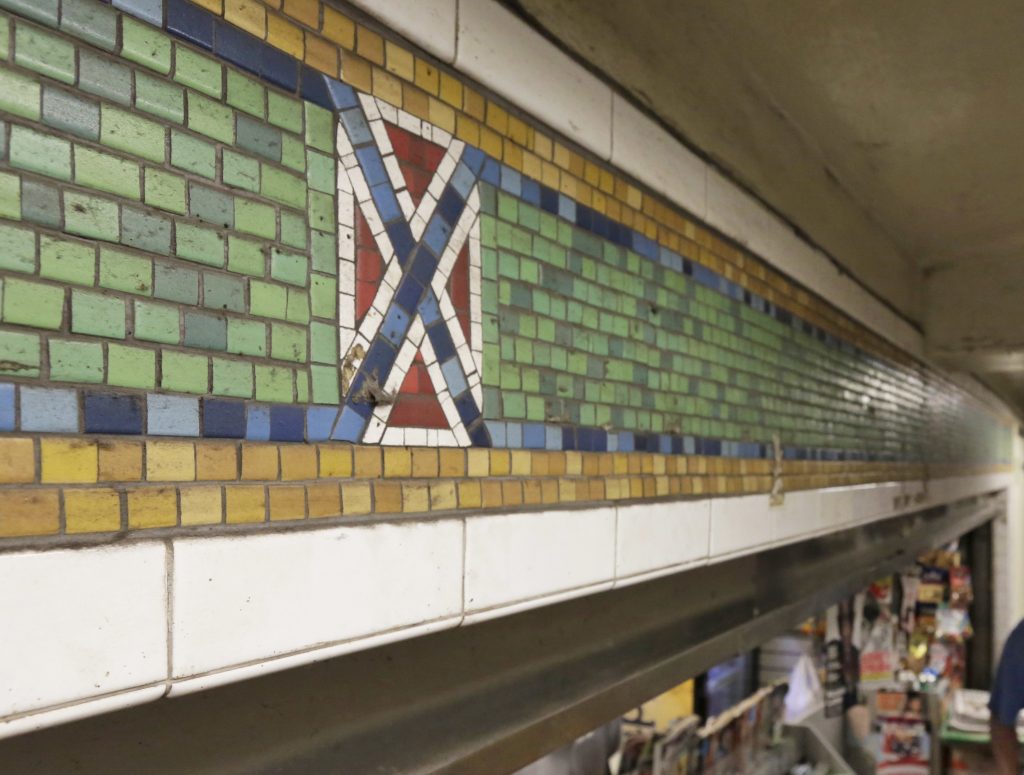 Transit officials have decided to alter subway tiles at a Manhattan station that have a cross-like design similar to that of the Confederate flag.

Metropolitan Transportation Authority Kevin Ortiz said Friday that the agency is modifying the tiles at the 40th Street entrance to the Times Square subway stop to make it “crystal clear” that they don’t depict the flag. He said the red, white and blue design installed decades ago was meant to reflect Times Square’s status as the “Crossroads of the World.”

The MTA didn’t say how the tiles would be changed or when the work would begin.

The decision comes in the wake of the deadly rally over a Robert E. Lee statue in Charlottesville, Virginia, which has caused communities across the nation to remove Confederate memorials and symbols.

On Wednesday, New York City Mayor Bill de Blasio tweeted that following the events in Charlottesville, “New York City will conduct a 90-day review of all symbols of hate on city property.”