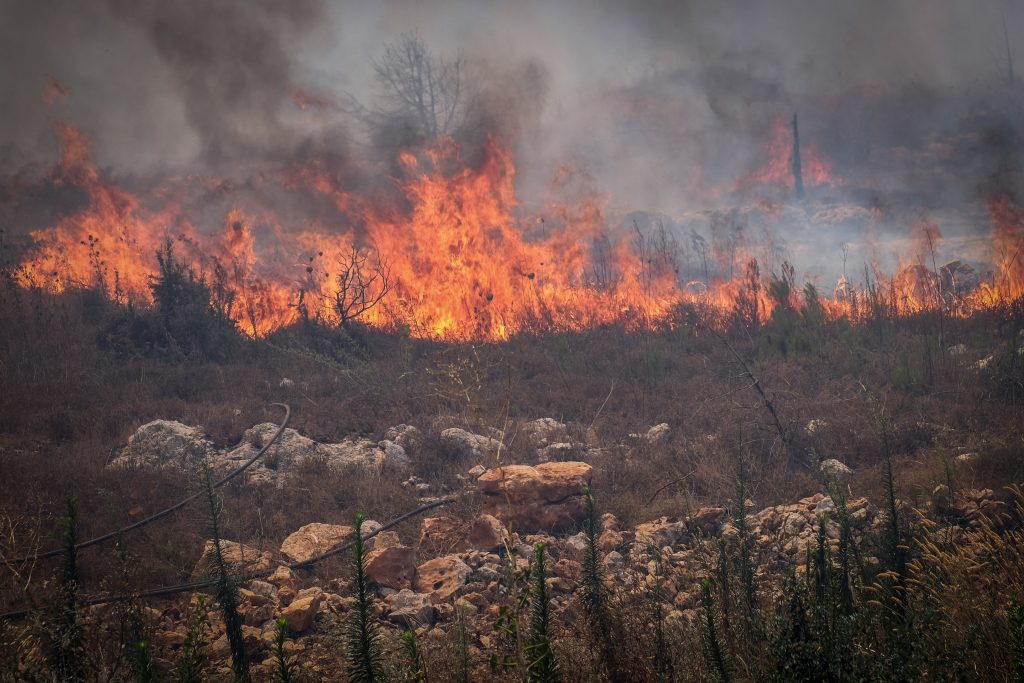 At a special summer recess session, MKs on Thursday discussed “agricultural terror” – attacks by Arabs on Israeli farms and herds – and weighed the possibility of compensating them for their losses, as victims of terror attacks are compensated.

A Knesset report on the incidents shows that fires at farms and orchards, and theft of livestock and cattle, happen on a regular basis, and on a large scale. In recent weeks, a major fire in a packing house in the Galilee town of Yesod Hamaalah was burned down, causing damage of NIS 10 million. Another attack on Kibbutz Revivim in the south destroyed millions of shekels worth of produce. According to the report, losses due to these activities amount to as much as NIS 900 million a year. Despite this, few of these crimes are prosecuted.

The attacks generally take place for two reasons – Arab gangs demanding “protection” money from Jewish farmers, using organized crime tactics to extort money, and for nationalistic reasons. The attack on Revivim was seen as an example of the latter, with Bedouin taking revenge on Jews after the state demolished illegal structures in the neighboring illegal village of Bir Hadj.

According to MK Eitan Broshi, “we need to establish a fund to compensate the victims of these crimes. The state should establish this fund along with insurance companies, to provide funds in the event of losses. If we do not, many farmers are likely to give up their businesses, and may even abandon their lands. That would be very dangerous to Israeli agriculture, and to the future of the state itself.”

Beyond compensation, however, something must be done to root out the phenomena altogether, said Broshi. “The state is able to reach far and wide to deal with terrorists, we cannot accept a situation where it does not reach those who are responsible for these crimes. Unfortunately, the state does not realize we are dealing with an emergency situation. The time has come to do something.”