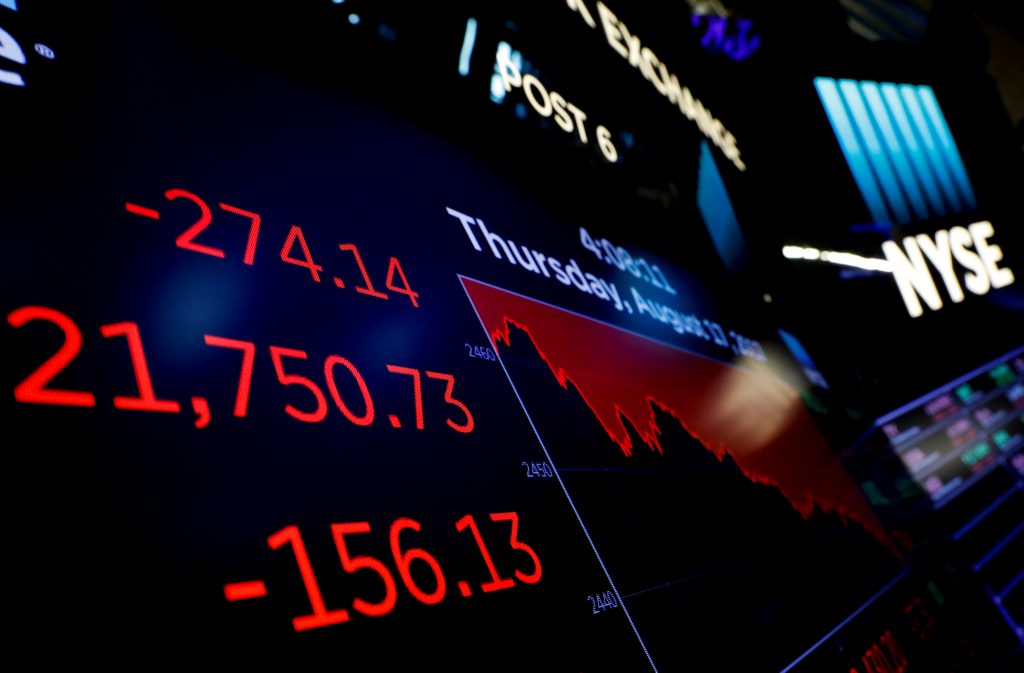 It was the second-worst day for stocks this year, which has seen few large declines. Along with technology companies and retailers, transportation companies skidded and all of the industrial, financial and basic materials companies in the S&P 500 fell. Those sectors tend to struggle when investors are concerned about economic growth, although there weren’t any specific signs of economic trouble Thursday.

High-dividend stocks like utilities and real estate companies fared slightly better than the rest of the market, although they still finished lower. About 95 percent of the companies in the S&P 500 finished with losses.

That helped push long-term interest rates in the bond market lower since then. Lower bond yields tend to hurt banks, because they prevent them from charging higher rates on loans, and benefit high-dividend stocks.

Investors were also assessing the state of President Donald Trump’s business-friendly agenda as he continues to face criticism over his comments after the violence in Charlottesville, Virginia, over the weekend. After he was elected, investors hoped his proposals for tax cuts and infrastructure spending would boost corporate profits.

“Most of the agenda … has been a little bit distracted by non-economic factors,” said Northey.

Investors also looked for safer investments after a deadly van attack in Barcelona that killed at least 13 people and injured 100.

Cisco Systems fell $1.30, or 4 percent, to $31.04 after it said sales will decline in the current quarter. It’s expecting a decline of 1 to 3 percent from the $12.4 billion in revenue it reported a year ago.

Wal-Mart did better than analysts expected in the second quarter as shoppers spent more money on its website and more people came to its stores. But that wasn’t enough to sustain a recent rally in the company’s stock, and its shares lost $1.28, or 1.6 percent, to $79.70.

Despite some shaky reports Thursday, it’s been another strong quarter of corporate earnings. Per-share profits for S&P 500 companies have grown almost 11 percent in the second quarter versus the same period a year ago. Profits for energy companies have quadrupled because the price of oil has stabilized, and technology companies have also posted big gains. Consumer-focused companies have made smaller gains.

The only bigger loss for stocks this year came on May 17. At that time, investors were concerned that Trump’s pro-business agenda might be affected by allegations he asked the FBI to drop an investigation into former National Security Adviser Michael Flynn.