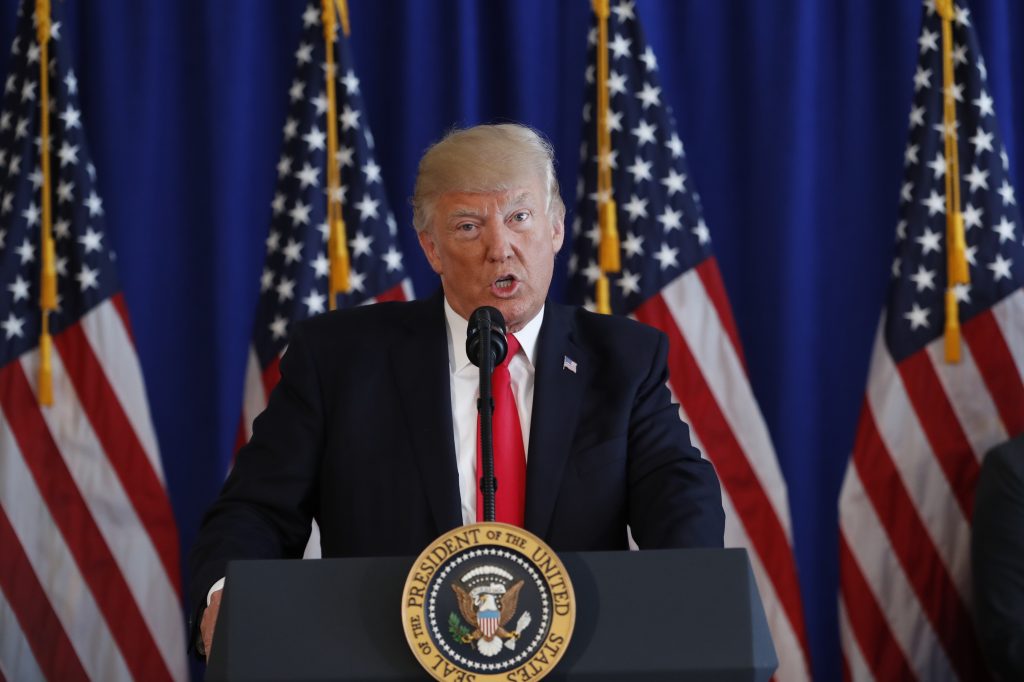 President Donald Trump hit back on Thursday at critics of his response to racial violence in the Virginia city of Charlottesville, and defiantly reiterated his opposition to the removal of monuments to the pro-slavery Civil War Confederacy.

Trump has been engulfed in controversy, strongly rebuked by members of his own Republican Party and snubbed by a string of American business leaders, over his reaction to the unrest in Charlottesville on Saturday.

“Sad to see the history and culture of our great country being ripped apart with the removal of our beautiful statues and monuments. You can’t change history, but you can learn from it,” Trump wrote.

Confederate symbols and monuments are viewed by many Americans as symbols of hate.

Trump had also expressed distaste for removing statues of Confederate commanders in a heated news conference on Tuesday, during which he blamed the violence in Charlottesville on not just the white nationalist rally organizers but the counterprotesters, and said there were “very fine people” on both sides. His comments ignited a storm of criticism.

Trump lashed out on Thursday at Republican Senators Lindsey Graham and Jeff Flake, two leading critics, as well as the media, and said he not had drawn any moral comparisons between white supremacists and those who opposed them.

Graham said on Wednesday that Trump’s words suggested “moral equivalency” between the two sides and called on the president to use his words to heal Americans.

“Publicity seeking Lindsey Graham falsely stated that I said there is moral equivalency between the KKK, neo-Nazis & white supremacists and people like Ms. Heyer. Such a disgusting lie. He just can’t forget his election trouncing. The people of South Carolina will remember!” Trump wrote.

Trump was referring to 32-year-old Heather Heyer, the woman killed in Charlottesville.

In a separate tweet, Trump called Flake “WEAK on borders, crime and a non-factor in Senate. He’s toxic!” and appeared to endorse Kelli Ward, Flake’s Republican challenger in his 2018 re-election race.

Graham responded with a statement telling the president to fix what he has done.

“Because of the manner in which you have handled the Charlottesville tragedy you are now receiving praise from some of the most racist and hate-filled individuals and groups in our country. For the sake of our Nation — as our President — please fix this,” Graham said. “History is watching us all.”

Trump’s attacks on lawmakers in his own party could further complicate his ability to get key policy objectives such as tax cuts and pressing government spending bills through the Republican-controlled Congress when lawmakers return to Washington next month.

Representatives for Flake and Ward did not reply to requests for comment.

The fallout from Trump’s response to the violence in Charlottesville led to the disbanding of his CEO advisory panels on Wednesday as a growing number of chief executives from some of the nation’s largest companies resigned in protest against the president’s response.