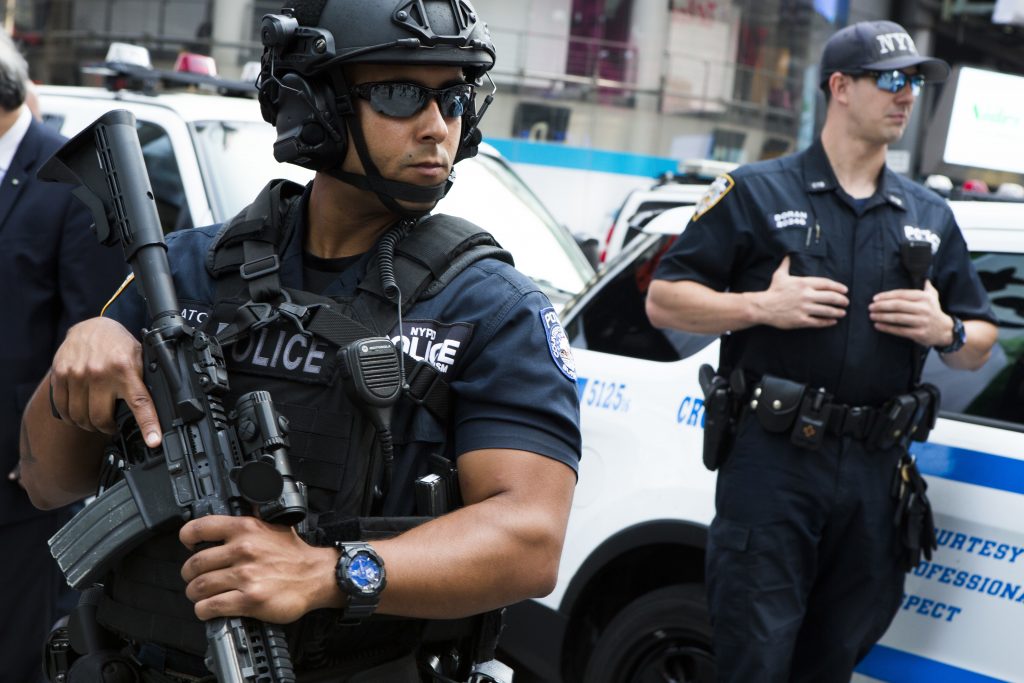 The precautions come at a time when the department has already taken extra security measures around Trump Tower for the president’s visit there this week.

New York Gov. Andrew Cuomo announced that he had “directed state-law enforcement officials to step up security and patrols at high-profile locations across New York, including our airports, bridges, tunnels and mass transit systems.”

Cuomo also directed that the lights of One World Trade Center’s 408-foot spire be lit Thursday evening in the red and yellow of the Spanish flag, “in solidarity with the people of Spain.”