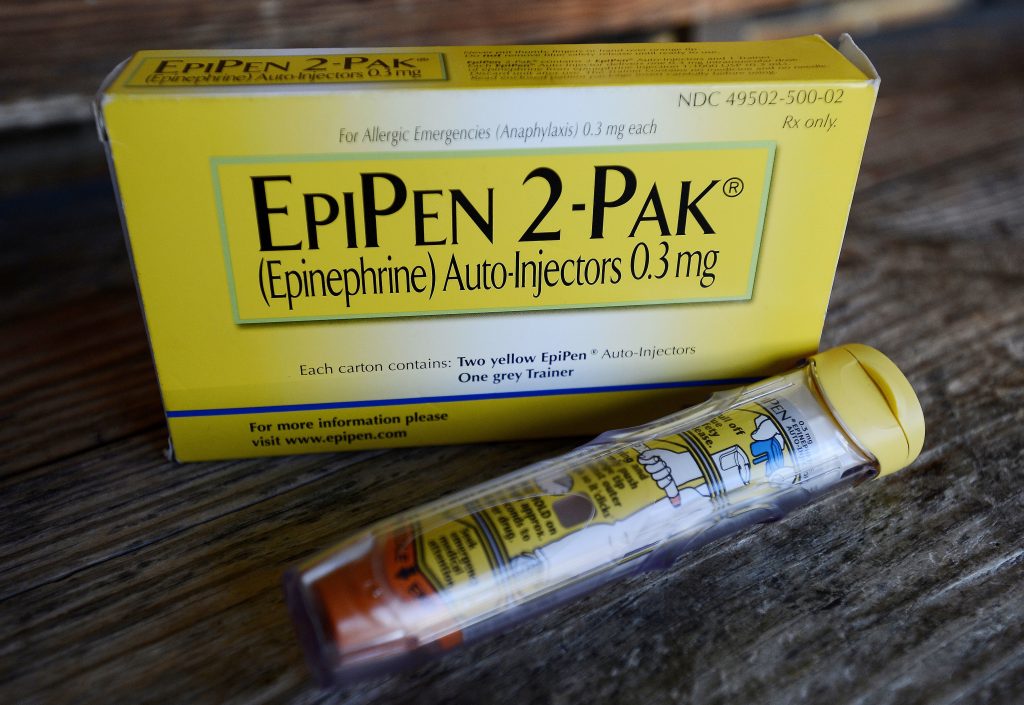 Mylan’s $465 million settlement of a U.S. case that claimed the drugmaker defrauded taxpayers by misclassifying its allergy-shot EpiPen product as a generic drug was finalized by the Justice Department.

The settlement, announced by the Justice Department on Thursday, resolves claims that Mylan misclassified EpiPen to avoid paying rebates owed to the government. The drugmaker disclosed an agreement last year, but government officials wouldn’t confirm it until now. The deal had sparked criticism from some U.S. lawmakers who said it wasn’t tough enough on the company.

The settlement will help Mylan move past the outcry it faced last year over the rising price of EpiPen, a major profit driver for the company. After acquiring the rights to the shot in 2007, Mylan increased the price by about sixfold, sparking complaints about price-gouging. A recent government report found that taxpayers may have overpaid for EpiPen by as much as $1.27 billion over the last decade.

By misclassifying EpiPen as a generic product rather than a brand name, Mylan profited at the expense of Medicaid, the government’s health-insurance program for the poor, according to the Justice Department.

Medicaid gets a 23 percent discount on brand-name drugs and a 13 percent discount on generics. EpiPen had been classified incorrectly as a generic since at least 1997, both by Mylan and previous makers of the life-saving medicine, according to the Centers for Medicare and Medicaid Service.

Mylan said it will reclassify the EpiPen for reimbursement purposes and pay the rebate applicable to innovator products effective April 1.

“As we said when we announced the settlement last year, bringing closure to this matter is the right course of action for Mylan and our stakeholders to allow us to move forward,” Chief Executive Officer Heather Bresch said in a statement.

Rival pharmaceutical company Sanofi went to the Justice Department in 2014 about Mylan’s conduct. At the time, Sanofi was selling a competing auto-injector and was reporting it to Medicaid as a brand-name drug, the government said.

Last year, Sanofi sued Mylan under the False Claims Act. As a result of Mylan’s settlement, Sanofi will receive $38.7 million as its share of the federal recovery, plus a share of what states recover, the Justice Department said.

“It was our contention that Mylan’s intentional misclassification of EpiPen allowed them to amass hundreds of millions of dollars which they then used to finance their anticompetitive behavior in the marketplace,” Sanofi said in a statement Thursday.

The settlement resolves all potential Medicaid rebate liability claims by the federal government, as well as potential claims by some hospitals and other entities, Mylan said. The settlement also funds Medicaid programs in all states and creates a framework for resolving reimbursement claims. The settlement does not contain an admission or finding of wrongdoing.