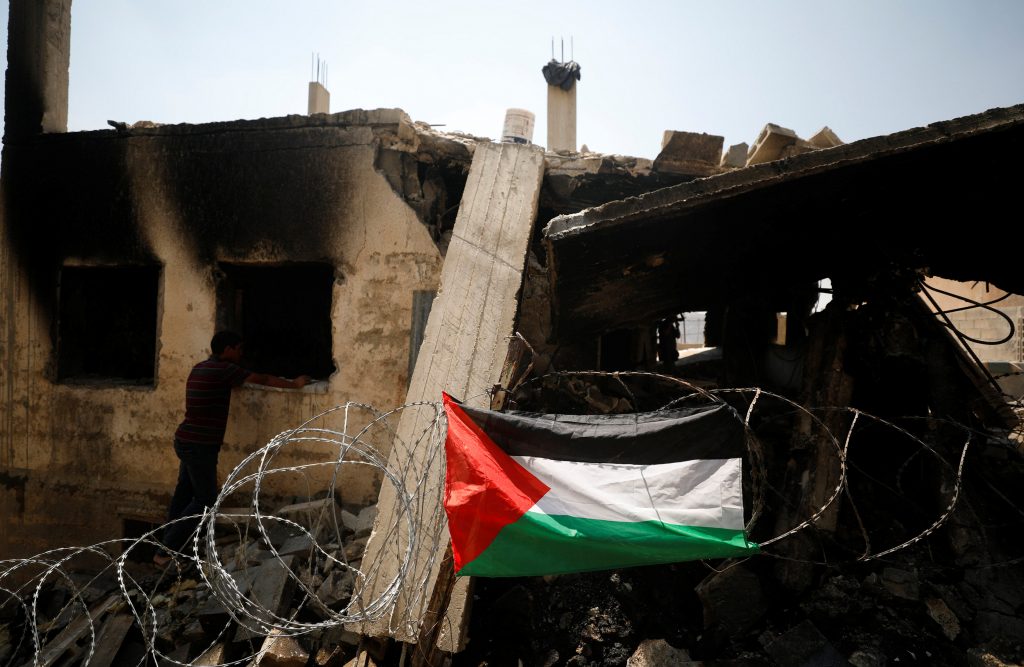 The IDF continued its recent accelerated campaign of demolishing the houses of families of Arab terrorists. On Wednesday night, IDF soldiers demolished the home of one of the terrorists who murdered border guard Hadas Malka, Hy”d, on June 16 near the Damascus Gate in the Old City of Yerushalayim. The home, in the village of Dir Abu Mashaal near Ramallah, belongs to the family of Adal Hassan Ahmed Ankoush. The house had been sealed a week earlier.

On Tuesday night, IDF soldiers demolished the home of the family of the terrorist who committed the terror stabbing attack in Chalamish last month. The stabbing was carried out by Omar Abd al-Jalil, who walked from his village to Chalamish and carried out the attack. Several family members have been arrested for being accessories and providing assistance to the terrorist, who murdered three members of the Salomon family, Hy”d. The demolition took place less than a day after military prosecutors gave their approval to the action.

Early Thursday, police engaged in a high-speed chase after illegal Arabs who are suspected of carrying out a large number of robberies in the Sharon area. Police responded at about 5 a.m. to a call regarding a break-in in a neighborhood of Netanya. Police on patrol arrived quickly and saw a vehicle leaving the area at high speed. Police pursued it and called in reinforcements, including a police helicopter, which shot at the vehicle from the air.

The vehicle was eventually hemmed in by police vehicles and was forced to stop. Police arrested three Arabs from Shomron, who were in Israel illegally, for a string of recent robberies and car thefts.