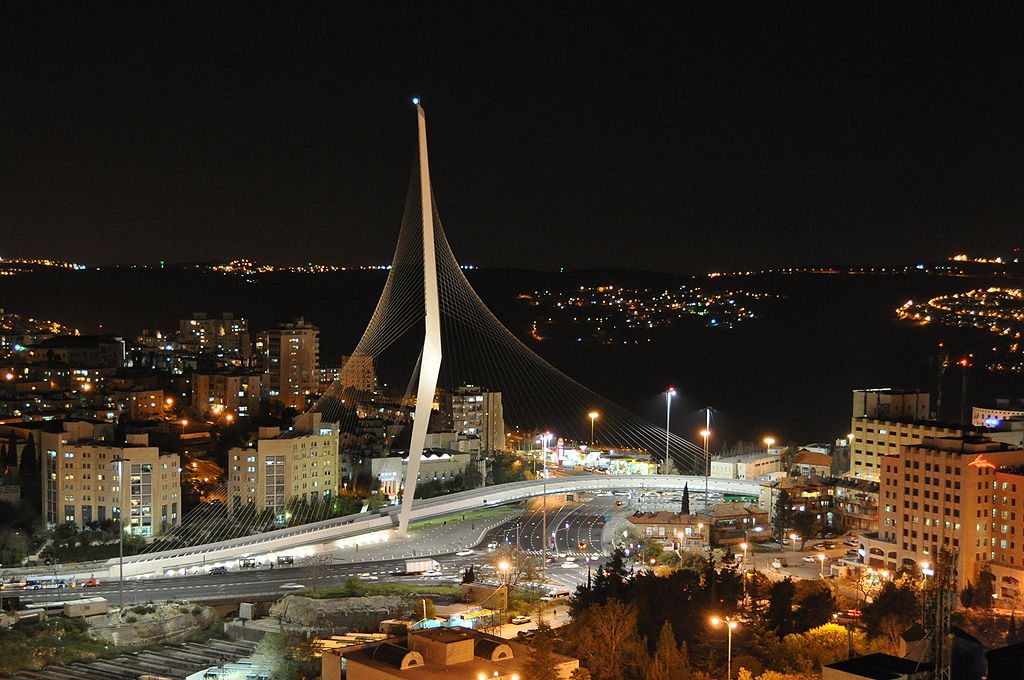 Tourists may love the Chords Bridge in Yerushalayim, but residents in the vicinity have a different perspective.

A court-appointed appraiser has awarded a combined total of 3.5 million shekels to a group of over 60 homeowners on Herzl Boulevard at the western entrance to the city in compensation for a loss of property value caused by construction of the bridge and noise from the light rail passing over it, Globes reported on Thursday.

The 67 homeowners had claimed 19 million shekels against the Local Planning and Building Commission in 2009, based on an average decrease in the value of their homes of 24-30 percent.

Their claim described a number of negative impacts on quality of life in the neighborhood due to the bridge, including: noise levels; braking and engine noise; concern about disruption of the electrical system; exposure to the lighting for the bridge; wind noise from the bridge; electromagnetic radiation; and obstruction of the view from the homes.

The Local Planning and Building Commission contested the claims, on the grounds that Herzl Boulevard was a major traffic artery even before the railway, with all the attendant noises, day and night, so the bridge and rail made little difference.

Furthermore, the Commission cited an environmental impact study which showed that the light rail actually had a positive effect on noise and air pollution in the area. In addition, it dismissed the argument that electromagnetic radiation posed a danger to residents.

The bridge added value to the view, as well, the commission’s lawyers asserted. Prior to the bridge, their homes faced a busy intersection, whereas their current view is of “an internationally renowned architectural monument.”

An independent study agreed to by both parties supported the contention of the residents that the bridge and rail had indeed caused measurable harm. The study said that noise caused by the light rail traffic, the loud screeching caused by contact between the light rail tracks and the Bridge of Chords, and noise caused by the bridge’s chords deviated from standards of acceptability set by the Ministry of Environmental Protection.

The appraiser, Arie Kamil, also said that the visual effect of living near the famous bridge was not an unambiguous benefit.

“It cannot be ignored that the homes facing the bridge currently give a view of the bridge’s chords. As seen by an ordinary viewer, including a potential buyer, the chords could be regarded as looking like either prison bars or an architectural monument.” He therefore found that damage existed, varying from one home to another depending on the location.

Light, too, has had an adverse effect. “The lighting from the chords shines into the claimants’ homes,” Kamil stated. “In my opinion, the considerations and decisions of a potential buyer aware of the level of the surrounding light will be affected to a large extent.”

Kamil appraised the damage to home values at 9 percent, considerably less than the homeowners claim of up to 30 percent.

Claims based on value loss due to psychological concern were rejected.

In response to the ruling, the Yerushalayim municipality said: “The amount of the claim was 19 million shekels, and the appraiser awarded the claimants 3.5 million, a sixth of that amount. The municipality will study the decision in depth, and will then decide whether to file an appeal.”