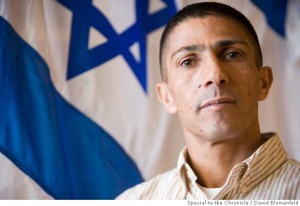 An employee of Israel’s Foreign Ministry from the Bedouin community has accused the state of Israel of persecuting his community and threatened to take his case to the International Criminal Court in The Hague, Arutz Sheva reported on Thursday.

Ishmael Khaldi, a member of Israel’s foreign service, alleged in a personal online posting that the state of Israel is trying to “liquidate and purge” the “Bedouin heritage.” Khaldi called upon others to join the struggle for the Galil village where he lives and keep the state from “turn[ing] it into a ghetto.”

Khaldi wrote that he plans to petition for redress of grievances at the International Criminal Court in The Hague.

The Foreign Ministry discovered the message and demanded he remove it, which he did. However, the matter will not likely end with that.