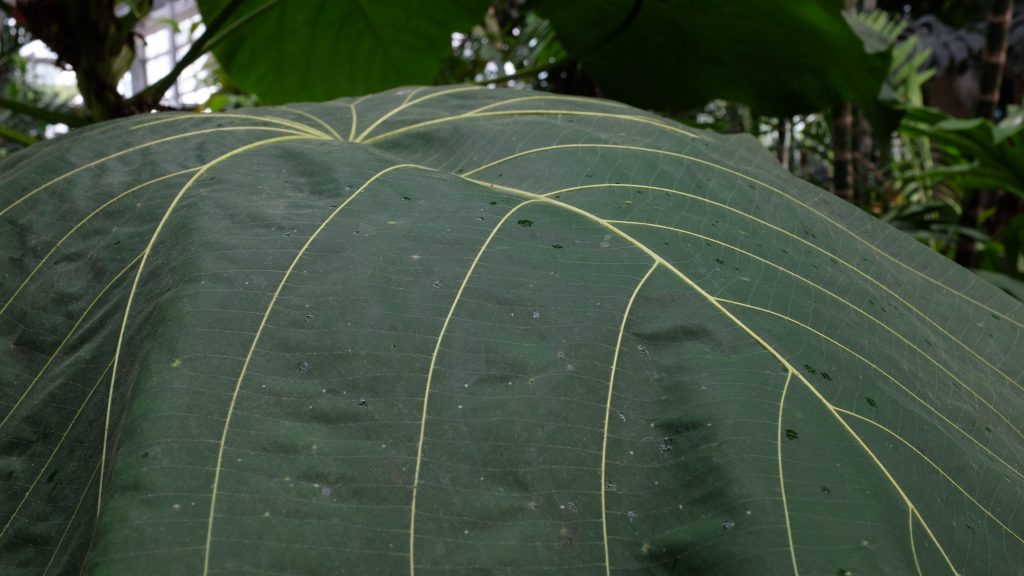 Total eclipses of the sun are rare, and Monday’s passage of the moon in front of our mother star is generating a lot of attention. Some 20 million people are expected to occupy the rather narrow 70-mile band of “totality” that will arch from Oregon to South Carolina. At its fullest, the eclipse will bring a couple of minutes or so of strange twilight. Perhaps the birds will stop singing, the milk will turn, and bats will pour from attics.

Let’s hope the heavens are clear, because people deserve to see and ponder this great phenomenon. Nature brings a calming perspective to our own lives, and nature at cosmic play puts us in our place.

One thing we shouldn’t do, however, is to think that the sun is some player on a distant stage. It is the raging ball of plasma that makes life on Earth possible. This may be stating the obvious, but it seems useful to state the obvious from time to time. (Only three out of every four people surveyed by the National Science Foundation believe the Earth goes around the sun.)

No one is aware of our primary dependency on the sun more than the gardener who sees niflaos ha’Boreh every day. We all learn that plants developed to convert the sun’s light energy into food. Even knowing this, the process seems beyond magical. It is worth recounting: Leaves contain structures called chloroplasts. Chloroplasts hold molecules of chlorophyll, which gives vegetation its green cast but is also the agent of the molecular transformation.

In simple terms, the plant takes carbon dioxide from the air and hydrogen from water and uses light to create carbohydrates while releasing oxygen into the atmosphere. To put it another way, the sun and the plants replace atmospheric carbon dioxide with oxygen and make food for the plants.

Because we breathe oxygen and eat plants (and animals that eat plants), the value of this chemical reaction might be overlooked but cannot be overstated.

Leaves, thus, are the original solar panels, but not all leaves are the same. Plants come in an enormous array of shapes and sizes, not for the delectation of the gardener but to find their niche in this world. Some adaptations are not directly driven by the needs of photosynthesis, but many are shaped by the plant’s relationship with the sun. When one gardener offers a new plant to another, the first question is, “Is it for sun or shade?”

I went to the U.S. Botanic Garden’s conservatory to ask Bill McLaughlin, curator of plants, to point out some of these vegetative adaptations to light. Standing by a cacao tree, which gives us chocolate, he noted how the new, tender leaves are cast brown-orange in contrast to the thick, green mature leaves, and hang down to avoid the light. “You can tell how delicate the tissue is,” he said. (It feels like soft silk.) “This is basically suntan lotion for it.”

He thinks of the humble ficus plant. Indoors, it has large green leaves to catch as many rays as possible, but when you place it in the brighter outdoors, it grows leaves that are smaller and more yellow and with a waxier cuticle.

Other plants may not be as versatile, and once they find their niche, they are loath to stray too far from it.

The rain forest is made up of plants that like full sun, i.e., the canopy trees, and those beneath that do not. But it is a spectrum of exposure; orchids and other epiphytes find a modicum of light in the tree branches, and those on the forest floor are built for gloom. This includes the purple underleaf coloration, which is thought to soak up the light reflected off the ground.

At the lowest level of the jungle, these plants “may only have 5 to 10 percent of the ambient light,” McLaughlin said. “Often, they orientate their leaves in a horizontal direction.”

In the showiest part of the conservatory, the high-domed jungle area, we find a rain forest groundcover named hemigraphis, with its upper leaf surface a metallic gray, its underleaf a glowing purple. “Everything will fill every space it can,” he said. Nature abhors a vacuum, even in the shadows.

Above the hemigraphis grows a coral tree, Macaranga grandifolia, a plant with enormous dark green leaves, each the size of a bedside table, and arrayed in a spiral fashion so one doesn’t shade another. “We are talking about blocking the light for a few moments,” said McLaughlin, referring to the eclipse. “These plants have to deal with blocked light all day long and still make energy.”

In the totally opposite conditions of the desert, plants have adopted spectacularly different forms (and a different method of photosynthesis, so their pores open only at night).

Their mission is to preserve water, through their succulent architecture, and to prevent tissue damage caused by the light and the heat.

Some have small leaves held upright to minimize sun exposure, and some, like the familiar prickly-pear cactus, the opuntia, dispense with leaves. The photosynthesizing pads are modified stems.

Nearby, an impressive (and endangered) golden barrel cactus the size of a pouf deals with the light with ingenuity. Its exterior is a series of ridges and valleys, like an accordion. This permits the plant to cast its own shade between the ridges as the sunlight traverses it. “Probably at the point where it would be overheating, the sun will move on a millimeter or so,” he said. In the wild, a cactus this size would be a century old. This pampered example is probably 30 to 40 years old, McLaughlin said. The sun has fed it well.

At the other end of the desert house, he stops to pluck a leaf from a ground hugger, Haworthia truncata. It is dark green and fleshy, and when he splits it open, he shows that the top of the structure is filled with a clear jelly that sits between the sunlight above and the chloroplasts below. “It’s basically a diffuser panel,” he said, likening it to the way gardeners whitewash greenhouses in the summer to reduce the sun’s energy.

If solar panels are black, to maximize their light absorption, why aren’t plants black? (A few shade lovers are close to it.) “Well, they would burn up,” McLaughlin said. Green is a good compromise — dark but not too dark. “It ends up being a happy medium.”

The plants may go to bed on Monday a little hungrier, but they’ll be all right. The most beautiful thing about a solar eclipse is that it passes.