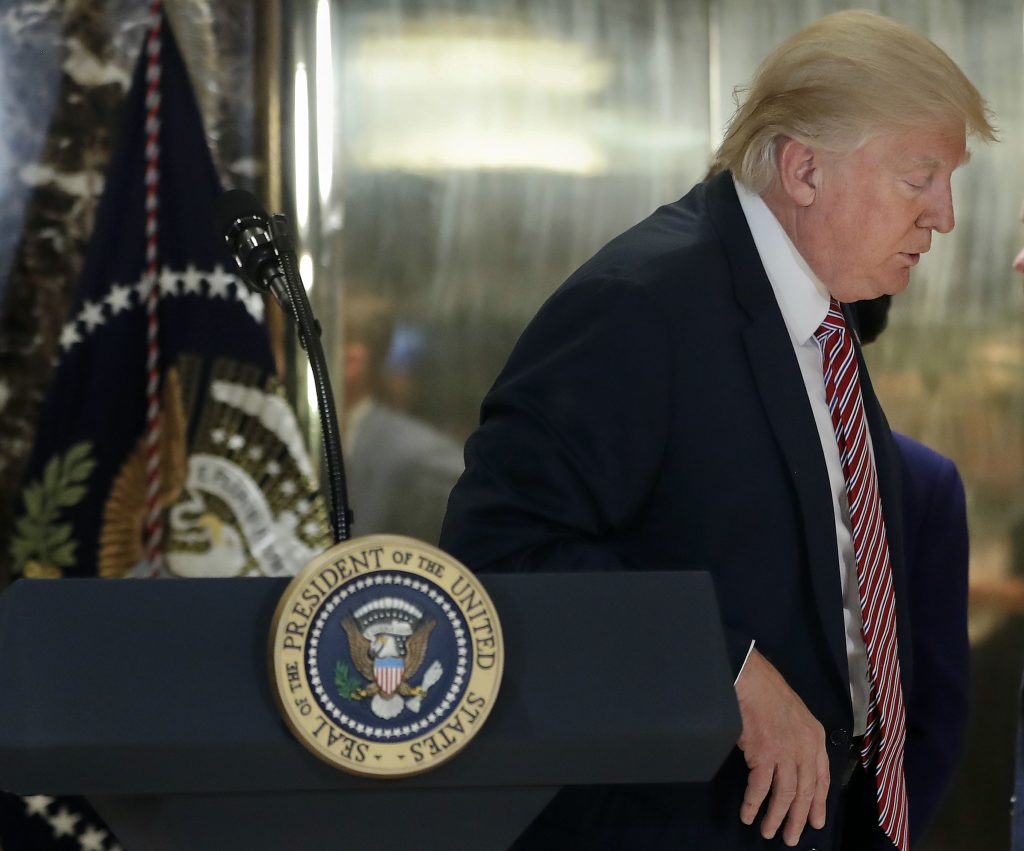 President Donald Trump’s relationship with the American business community suffered a major setback on Wednesday as the president was forced to shut down his major business advisory councils after corporate leaders repudiated his comments on the violence in Charlottesville this weekend.

Trump announced the disbanding of the two councils — the Strategy & Policy Forum and the Manufacturing Council, which hosted many of the top corporate leaders in America — amid a growing uproar by chief executives furious over Trump’s decision to equate the actions of white supremacists and protesters in remarks Tuesday at Trump Tower.

Earlier Wednesday, the CEOs of Campbell Soup and the conglomerate 3M resigned from the manufacturing council, as other business leaders faced pressure to take more dramatic action.

“Racism and murder are unequivocally reprehensible and are not morally equivalent to anything else that happened in Charlottesville,” Campbell Soup chief executive Denise Morrison said in announcing her resignation. “I believe the president should have been – and still needs to be – unambiguous on that post.”

As the number of resignations swelled, Trump announced on Twitter afternoon that he’d shut down the councils. “Rather than putting pressure on the businesspeople of the Manufacturing Council & Strategy & Policy Forum. I am ending both,” he wrote.

The dissolution of the councils was a remarkable moment for Trump, who has made his corporate experience and ability to leverage America’s business potential as one of his chief credentials. It also marks a rapid descent for a president who has alternatively praised and attacked the decisions of corporate leaders, and whose policy choices on issues like immigration and climate change antagonized them.

Many corporate leaders have still stayed close to the White House, in hopes that having a voice at the table was better than none at all, and with an eye toward winning favor as Washington has eyed changes to the tax code and infrastructure spending that could be worth trillions.

But Trump’s insistence blame fell on “many sides” for the violence that occurred in Charlottesville over the weekend, which included the alleged killing of a woman by a white supremacist driving a car into a crowd of protesters, seemed to push many chief executives over the ledge.

Merck chief executive Ken Frazier, one of the few African-Americans represented among the business leaders advising Trump, was the first to resign from the manufacturing council, and others have announced they’d be parting ways since.