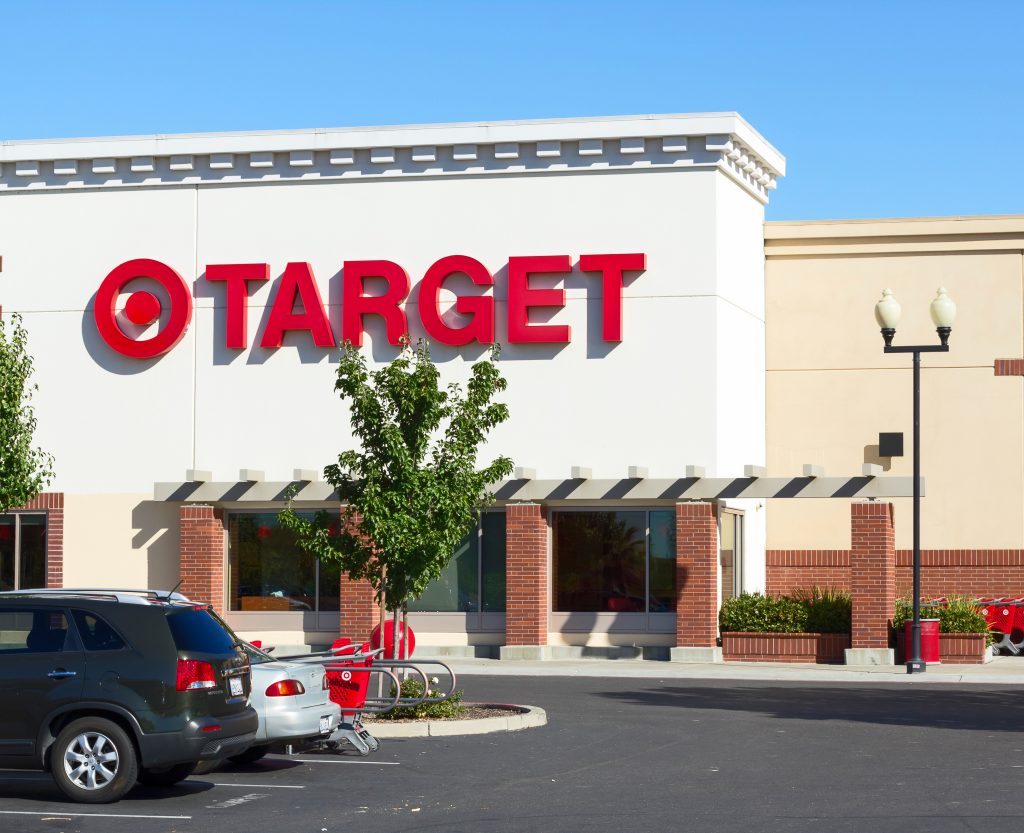 Target delivered another sign that its comeback is taking hold as stronger online sales helped brighten the retailer’s outlook.

Second-quarter sales topped analysts’ estimates on Wednesday, and the company boosted its forecast for the rest of the year. That helped soothe investors after a rocky earnings season for retailers, sending Target shares up $1.96, or 3.6 percent, to $56.31

The results show that Target is improving in both online sales and customer traffic — two areas where it’s been losing ground to Wal-Mart Stores Inc. They also lend credence to a $7 billion turnaround plan laid out in February by Chief Executive Officer Brian Cornell. He aims to refurbish stores, open more small locations in cities, and speed delivery of online orders.

Target needs to up its game as Wal-Mart reduces prices and Amazon.com Inc. expands its lineup in categories like apparel and beauty, which have long been strongholds of Minneapolis-based Target.

“It is encouraging to see some progress against their turnaround plan, and that they were finally able to generate some positive traffic,” said Jennifer Bartashus, an analyst at Bloomberg Intelligence. “They took a very conservative approach to second-quarter guidance, so it isn’t a huge surprise that they were able to beat those expectations.”

Same-store sales increased 1.3 percent in the second quarter, fueled by a 32 percent boost in online revenue and a 2.1 percent gain in customer traffic — the biggest jump in more than two years. Analysts had been predicting same-store sales growth of just 0.7 percent, according to Consensus Metrix.

The retailer now expects earnings this year of $4.34 to $4.54 a share, excluding some items. The midpoint of that range is ahead of the $4.41 analysts have estimated.

Bartashus said the new forecast for the rest of the year might also prove conservative, as Target should benefit from back-to-school shopping. Most of those purchases still occur in stores rather than online, according to a survey by ORC International. Other retailers, including Kohl’s Corp. and J.C. Penney Co., have recently noted strong early demand for school supplies.

Target climbed as high as $57 in New York trading in the wake of the results, marking the biggest intraday gain in more than a month. The shares had declined 25 percent this year through Tuesday.

The upbeat outlook brings a note of optimism to a retail industry with plenty of struggles. Shares of Dick’s Sporting Goods Inc. and Coach Inc. both plunged on Tuesday after reporting disappointing results. Even Home Depot Inc., long considered a shopping-center star, saw its shares fall after its earnings report.

Dick’s CEO said retailers were in “panic mode,” causing them to rely heavily on discounts in a bid to attract shoppers.

Last week, department-store companies posted mixed results, renewing concerns that the sector is flailing in its attempts to pull out of a slump.

Against that backdrop, Target’s improving numbers are a promising sign. The retailer increased the number of stores it plans to remodel this year from 250 to more than 300, and said it will expand its new “Target Restock” program — which offers next-day delivery of thousands of household essentials — to Dallas and seven other cities. It also plans to broaden a same-day delivery service that’s currently only available in New York City.

Target also aims to benefit from other retailers closing thousands of locations this year. The shuttered stores could leave $60 billion in sales up for grabs, Cornell said.

Still, the company has been outpaced by Wal-Mart and Costco Wholesale Corp., its top big-box rivals. Wal-Mart reports its results on Thursday.

“Target is not out of the woods yet,” Brandon Fletcher, an analyst at Sanford C. Bernstein, said in a note, but “this quarter is a definite step in the right direction.”