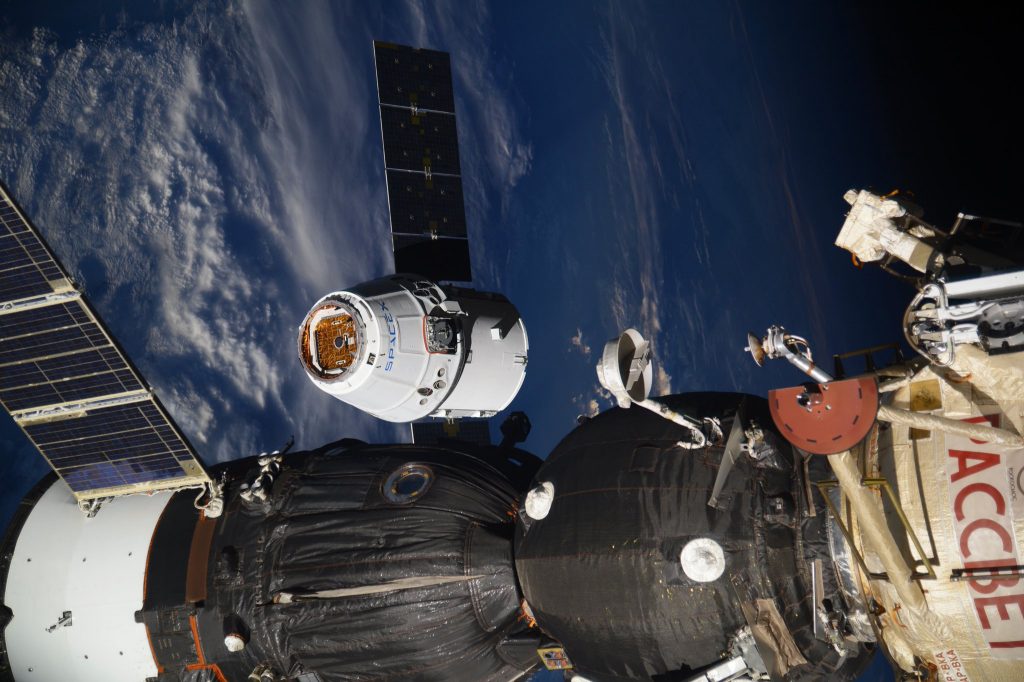 A SpaceX shipment arrived at the International Space Station on Wednesday, delivering a bonanza of science experiments.

The Dragon holds 3 tons of cargo, mostly research. The extra-large science load includes a cosmic ray monitor, a mini satellite with cheap, off-the-shelf scopes for potential military viewing, and 20 mice for an eye and brain study.

Lucky for the station’s six-person crew, a big variety of ice cream is also stashed away in freezers, including birthday cake flavor. U.S. astronaut Randolph Bresnik turns 50 next month.

“Congratulations on a job well done,” Mission Control radioed from Houston. “You guys have just won yourselves some fresh food.”

It was 13th supply shipment by SpaceX.

“The crew stands ready to rock the science like a boss,” Fischer said, giving a rundown on the research inside the Dragon’s “belly.”

It’s enough for more than 250 experiments in the coming months, he noted.

“Need to get back to work. We’ve got a Dragon to unload,” Fischer told Mission Control.

SpaceX is one of NASA’s two prime shippers for station supplies. Orbital ATK is the other; its next delivery is in November from Wallops Island, Virginia. The two companies have taken over the cargo hauls formerly handled by NASA’s now retired space shuttles.