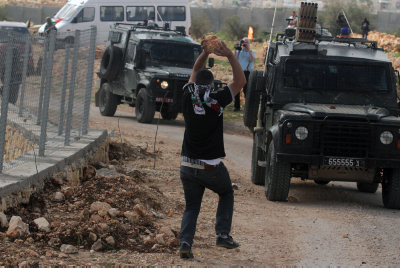 The Jewish Agency said that it would investigate its connections with a group that brings American college students on “identity trips” that are supposed to help them learn about Israel and Judaism – but instead has them assisting Palestinians to riot against IDF soldiers. An exposé on Channel Two showed how the group, called Achvat Amim, uses money provided by the Jewish Agency via Masa, a program that brings college students from North America to Israel for a period of several months, to recruit students for Palestinian groups that actively fight the IDF.

“There are over 120,000 students in the Masa project, which encompasses hundreds of separate programs,” the Jewish Agency said in a statement. “The activities of Achvat Amim as presented in the report are indeed a concern, and they veer from the mandates and policies of Masa.”

In the report, based on footage gathered by Israeli media watchdog Ad Kan, American students are shown at IDF checkpoints and near the security fence, participating in Palestinian riots that feature attacks on IDF soldiers. Students are also shown at a Palestinian “outpost” near Chevron, in which they construct buildings on state land in order to create “facts on the ground.” The IDF has numerous times demolished the “Tzumud” outpost, with the Achvat Amim students shown helping to build structures, and arguing with soldiers who try to tear them down. Ironically, students are also seen with Prime Minister Binyamin Netanyahu, who praises Masa and the students for giving of their time to volunteer to “help” Israel, apparently unaware of the specifics of the program.

According to the Jewish Agency’s own records, the trips for American students under the program – a five-month program – are heavily subsidized, with each student getting $3,000 in funding. The program, said the Agency, is managed by the far left Hashomer Hatza’ir organization. “With the receipt of the complaint on the matter, we will be examining our future relationship with this group,” the Jewish Agency said in its statement. Achvat Amim has not commented on the report, Channel Two said.