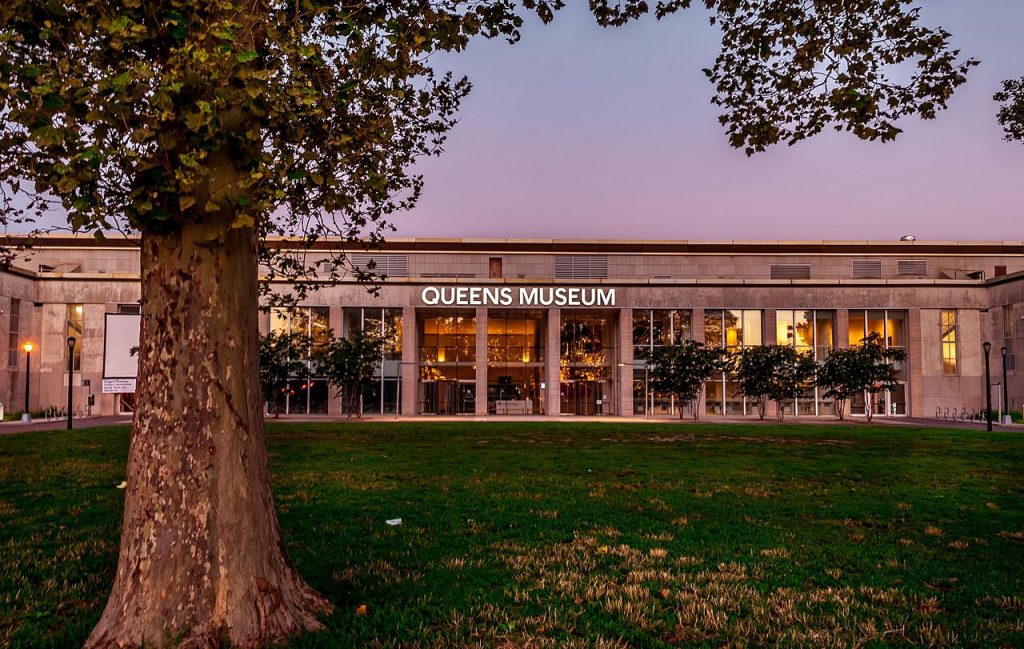 Citing criticism from Palestinian donors, the Queens Museum announced Wednesday that it is withdrawing from its commitment to host the official celebration of the 1947 United Nations resolution leading to the creation of the State of Israel.

The decision elicited an avalanche of criticism from pro-Israel and local officials, including calls for the museum’s director to be removed from her position.

Israel’s Ambassador to the U.N., Danny Danon, issued a statement calling for the dismissal of the museum’s director, Laura Raicovich, who has edited a book in support of the anti-Israel Boycott, Divestment and Sanction (BDS) movement.

“We will not accept this blatant discrimination against the State of Israel, and we will not let this decision stand,” Danon said. “Celebrating the momentous decision of the U.N. recognizing the right to a Jewish state in our homeland is not a political event, but rather an expression of the historical and legal rights of our people.”

Nov. 29, 2017, will mark seventy years since the U.N. General Assembly voted to recommend the establishment of a state for the Jewish people in Palestine. In celebration of this milestone, Israel planned on holding an event in the original U.N. hall where the vote took place — which today houses the Queens Museum. The building itself is owned by the city of New York.

Raicovich informed Israel’s Mission to the U.N. in June that the hall was reserved and the museum was looking “forward to a wonderful and meaningful event in its natural setting.” Preparations for the event commenced with the senior U.N. officials, ambassadors and key dignitaries invited, and over a dozen pro-Israel organizations partnered with the Israeli Mission.

Then, as word of the event became public, Raicovich began expressing concern about feedback she was receiving from “Palestinian friends of the museum.”

After weeks of not responding to communication with the Israel Mission, Raicovich notified Danon that she was reversing the decision and would no longer agree to host the event. She cited a board decision not to hold a “political event.”

Raicovich is the editor of a book entitled Assuming Boycott: Resistance, Agency and Cultural Production. In its description of the book, the publisher states that “Boycott and divestment are essential tools for activists around the globe.” Included in Raicovich’s anthology is an article titled “Boycott, Divestment, Sanctions: Reasons to Support BDS,” which justifies and endorses the movement’s actions against Israel.

Councilman Rory Lancman and Assemblyman Michael Simanowitz — two Queens Democrats who represent the district where the museum is located — criticized Raicovich’s verdict and called on the board to rescind its decision to cancel the U.N. vote reenactment and fire Raicovich.

The two lawmakers also called on the New York City Human Rights Commission to investigate the museum’s action as a violation of the city’s Human Rights Law, which prohibits discrimination on the basis of religion and national origin, as well as an unlawful boycott.

“The decision by the Queens Museum to cancel the Israel Independence Commemoration is a disgrace and a violation of law,” the duo said in a statement. “It is a clear example of anti-Semitism, and we will not stand for it. We demand the Queens Museum board reinstate this important ceremony.”

They added that Raicovich “let her own personal support for the BDS movement infect her decision-making in this matter,” and “she has abused the trust placed in her by the people of the City of New York, who fund the Museum as a cultural representation of Queens, the most diverse county in the United States.”

Councilwoman Elizabeth Crowley, a Queens Democrat, added her voice, saying that “the museum’s programs should reflect important historical events that matter to the people of this city, and that includes honoring Israeli independence for the many Jewish people who shape Queens and New York City.”

Later Wednesday, a spokesperson for Mayor Bill de Blasio said in a statement to Hamodia: “The museum has said they are reconsidering their decision to not allow this event to take place. Good.”