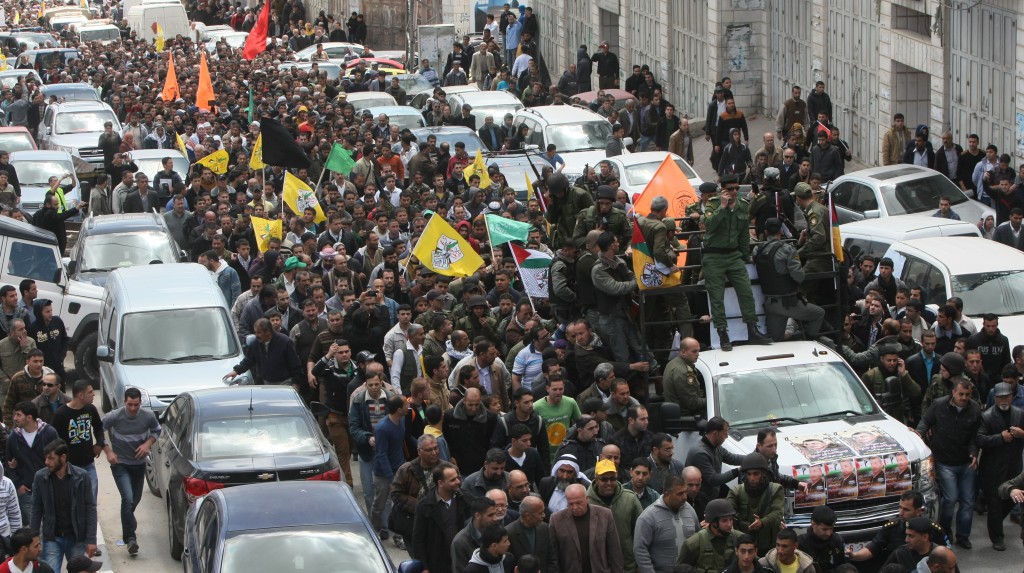 Israel has buried two terrorists in a special cemetery reserved for enemy combatants. The two are Israeli citizens, and were buried quietly several days ago at the request of Defense Minister Avigdor Liberman and Public Security Minister Gilad Erdan, Yisrael Hayom reported. According to the report, the bodies are being held in the event negotiations take place between Israel and Hamas for the return of Israelis, alive or dead, being held in Gaza.

This is the first time since the recent wave of terror that began in September 2015 that Israel has taken this action, the report said. Liberman has been an advocate of holding onto the bodies of terrorists, a change from the policy of former Defense Minister Moshe Yaalon, who did not believe that holding onto terrorists’ bodies had an effect on Hamas positions or motivations. Liberman has long sought to hold back terrorists’ bodies, if only to avoid the mass funerals in which terrorists are celebrated as “martyrs,” which inspire other terrorists to attack Israelis.

Minister Erdan is of the same opinion, and when he began serving as public security minister sought to get the Cabinet to vote on holding back terrorists’ bodies – but the policy promoted by Yaalon continued. Instead, he instructed police to impose restrictions on funerals, at least among Israeli Arabs who were holding funerals for terrorists, requiring them to hold quiet, low-profile funerals.

That policy hasn’t always worked; the three murderers of Israeli police officers Ha’il Satawi,and Kamil Shanan, who were murdered in the Har HaBayis terror attack last month, were last month given a mass funeral in Umm el-Fahm, where they lived, that was replete with anti-Israel slogans, Palestinian flags, and speeches inciting Arabs to commit more acts of terror.

On Tuesday, Northern Islamic Movement head Raed Salah was arrested on charges of incitement, and among the instances of incitement was a speech he gave at that funeral. Minister Erdan had attempted to hold onto those bodies, in light of a Cabinet decision made earlier this year to change Yaalon’s policy, but the High Court ordered the bodies released.