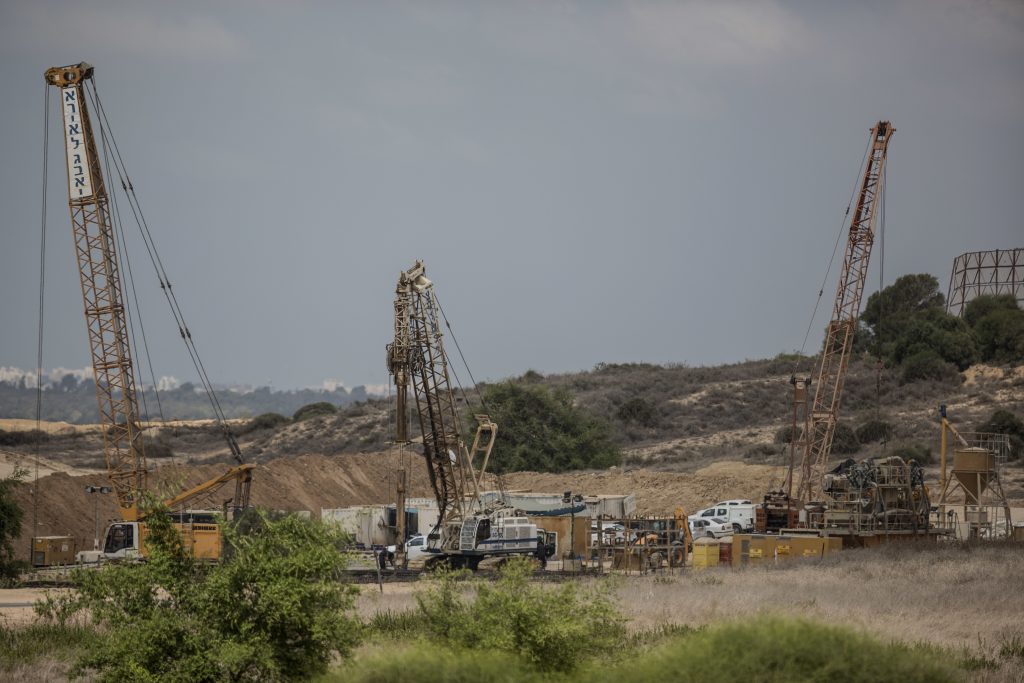 Israel is pressing ahead with construction of an underground barrier along the border with the Gaza Strip in an ambitious project meant to halt the threat of attack tunnels built by the Hamas terror group.

Cranes and work crews are digging holes and installing sensors and other equipment for a structure that is expected to stretch along the entire 40-mile border when it is complete.

Gadi Yarkoni, head of the local Eshkol regional council, said the project is a key reason that the area has enjoyed a surge in growth and attracted young families since a devastating war with Hamas three years ago.

“I believe building the barrier is the right thing to do, to build in order to stop and to give an answer to the issue of the tunnels, and to the issue of the communities in the area,” he said. “The surge in development in this area is unbelievable.”

During the 2014 war, Hamas terrorists on several occasions made their way into Israel through a tunnel network that caught Israel off guard. Although they did not manage to reach civilian areas, the infiltrations terrified the local population. Israel destroyed 32 tunnels during that conflict, and since then has made neutralizing the tunnel threat a top priority.

Israeli defense officials have said little about the new barrier project or how much has been completed.

He said the barrier would stretch several meters above and below ground and be equipped with sophisticated sensors. It’s being built entirely on the Israeli side of the border, to avoid friction with Hamas.

Atai Shelach, a retired colonel and former commander of the Israeli military’s “Yahalom” unit in charge of dismantling the terrorists’ tunnels, said the new barrier would be a game-changer, but would not solve the problem on its own.

“It is part of a cocktail, or a combination of many other solutions,” he said. Neutralizing the tunnel threat will also require good intelligence and operational decisions by the army, he said. Otherwise, terrorists will eventually figure out how to get through.

“That barrier can prevent war,” he said, because it will be harder for Hamas and other militant groups to “create surprises” that frighten Israeli residents.

Israel and Hamas have fought three wars since 2007.

While Hamas has largely respected a ceasefire that ended the last round of fighting in 2014, it is believed to be building new tunnels and re-arming in preparation for future conflict.

“All the measures by the occupation on the border will not provide security for them,” said Hazem Qasem, a spokesman for the group. “As long as they occupy the Palestinian land and put a siege on our people in the Gaza Strip, the resistance will continue to possess all the means of force that enable it to defend the people against Israeli aggression,” he said.