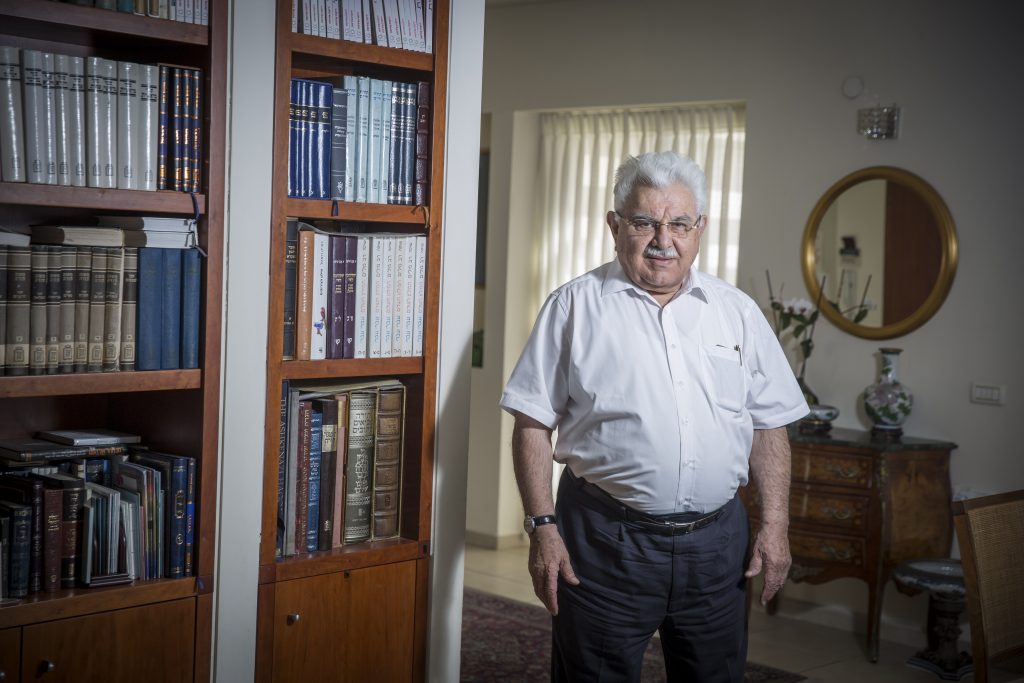 A new panel to be headed by a former justice minister is being established by Israeli Prime Minister Binyamin Netanyahu to formulate recommendations for legislation on conversion.

According to an announcement made by the Prime Minister’s Office on Wednesday, Netanyahu has chosen Moshe Nissim, 82, who served variously as minister of justice and of finance in past administrations.

The statement said that Nissim’s “rich experience” will help “formulate recommendations on the issue of conversion, with broad agreement, to strengthen unity among the Jewish people and respect for Israel’s heritage.”

A legislative proposal introduced in June and backed by chareidi parties in the coalition would have secured authority over the conversion process for the Chief Rabbinate, guaranteeing that giyur in Israel would continue to conform to halachah. However, a furor among Reform and Conservative elements over that and the decision to shelve the Kosel egalitarian prayer plan prompted Netanyahu to hold off on the conversion bill.

The Reform movement in Israel expressed dissatisfaction with the decision:

“Unsurprisingly, the prime minister’s staff did not consult with the non-Orthodox streams…about the appointment of Mr. Nissim or the framing of his mission. This is a continuation of the unilateral and overbearing way the government [has handled itself] on the issues of the Western Wall and conversion.”