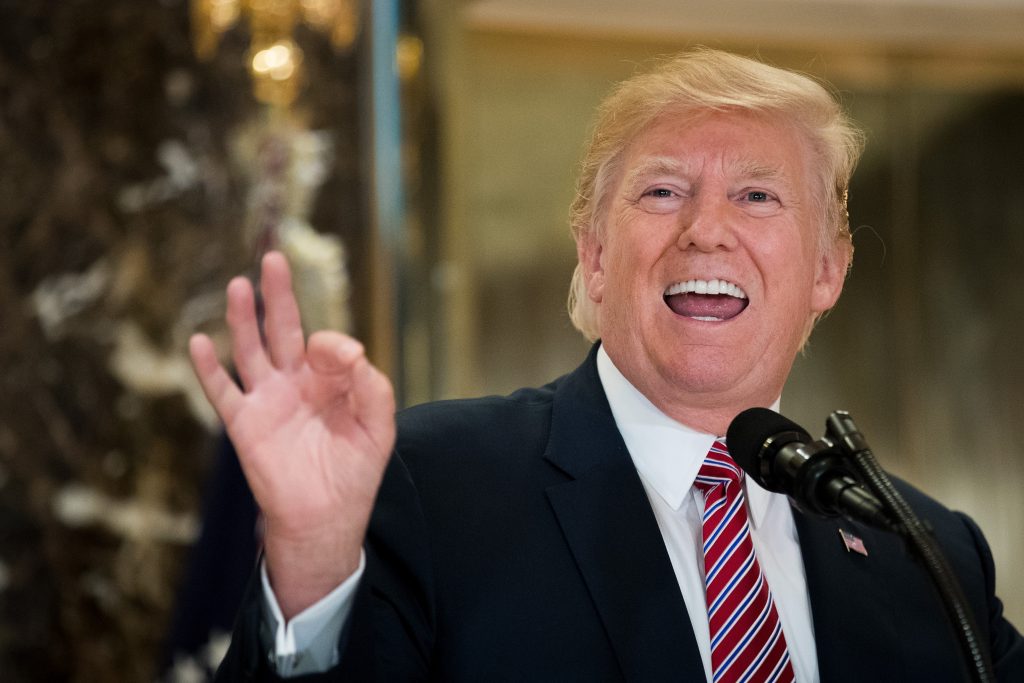 President Donald Trump on Tuesday signed an executive order to speed approvals of permits for highways, bridges and other major building efforts as part of his proposal to spend $1 trillion to fix aging U.S. infrastructure.

The text of Trump’s executive order was not immediately available. Earlier, sources said it revoked an Obama-era executive order that required strict building standards for government-funded projects to reduce exposure to increased flooding from sea level rise and other consequences of climate change.

“No longer will we allow the infrastructure of our magnificent country to crumble and decay,” Trump said at a press conference at Trump Tower in New York.

By revoking standards set by the Obama administration, Trump hopes to “streamline the current process” for infrastructure projects, a government official said.

Separately a White House spokesperson said the order would set a two-year goal for completing permits needed on major infrastructure plans, and create a “one Federal decision” protocol for big projects.

The Trump administration has complained that it takes too much time to get permits and approvals for construction projects. It has issued dozens of rules and orders to reverse Obama-era regulations addressing climate change and its consequences, such as rising sea levels and more severe storms.

The Obama administration required all federal agencies apply the standard to public infrastructure projects from housing to highways.

It raised base flood levels to a higher vertical elevation to “address current and future flood risk and ensure that projects funded with taxpayer dollars last as long as intended,” according to a 2015 Treasury Department presentation.

U.S. officials have estimated the United States suffered $260 billion in flood related damages between 1980 and 2013. Rafael Lemaitre, former director of public affairs at FEMA who worked on the Obama-era order, said Trump is undoing “the most significant action taken in a generation” to safeguard U.S. infrastructure.

“Eliminating this requirement is self-defeating; we can either build smarter now, or put taxpayers on the hook to pay exponentially more when it floods. And it will,” he said.

Flood policy expert Eli Lehrer, president of the libertarian R Street Institute who has criticized many Obama initiatives, said that in this case, “The Trump administration is acting very rashly in part out of the desire to undo a climate measure” from its predecessor.

He called Trump’s order “an enormous mistake that is disastrous for taxpayers,” adding the Obama rule “would have saved billions of dollars over time.”