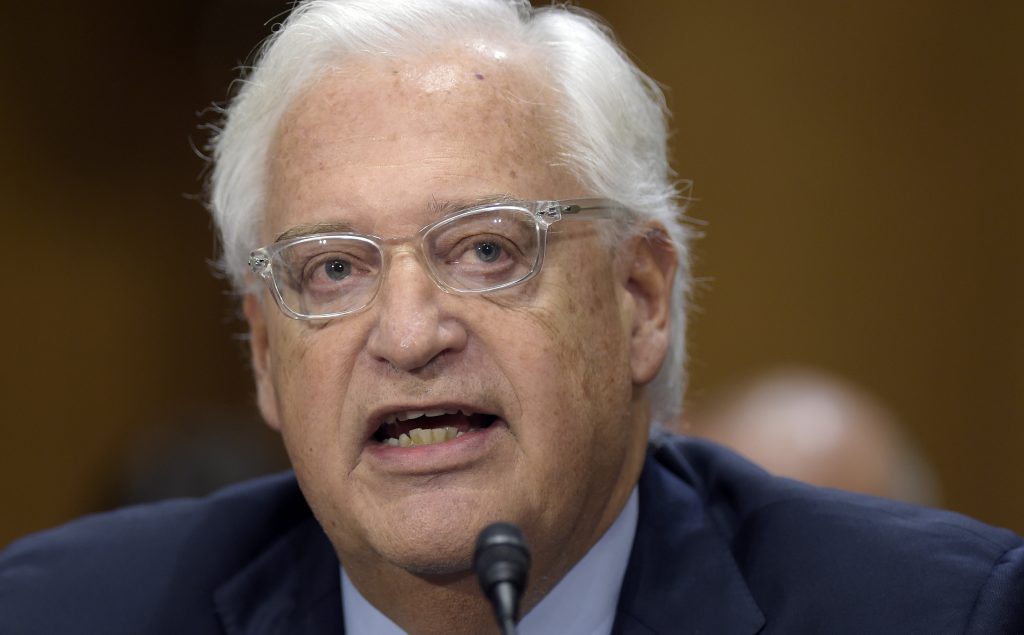 Talia Friedman, 23, is Israel’s newest citizen – and she just happens to be the daughter of the U.S. Ambassador to Israel, David Friedman. Talia Friedman arrived in Israel Tuesday morning on a flight with 232 other new immigrants from North America. She was greeted at the airport by, among others, her father.

“We are so proud of her and we love her very much,” as does the entire family, Friedman told reporters at Ben Gurion Airport. As to where she will live in Israel, Friedman said that “she’ll live wherever she wants, it’s up to her, it’s her decision, she’s a big girl.”

Talia Friedman is a nurse and most recently worked at a hospital in New York, and plans on continuing her career in Israel. “She will hopefully bring refuah to people who need it here in Israel,” Ambassador Friedman said, adding that his daughter “always wanted to live in Israel. We are very proud of her, and we are here just to greet her and giver her a hug.”