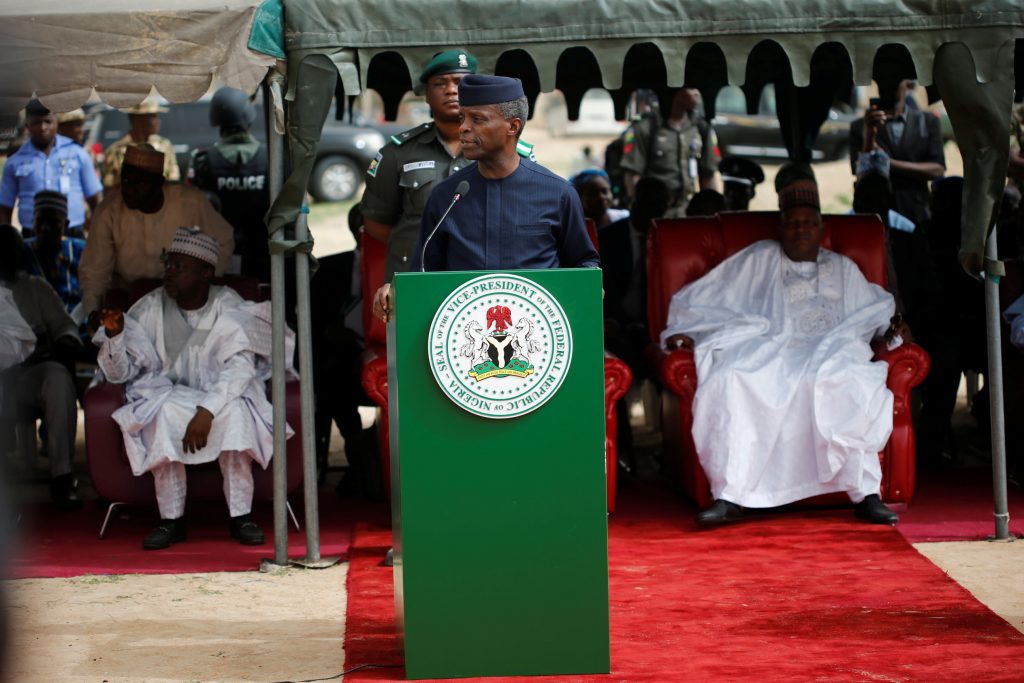 A female suicide bomber blew herself up and killed 27 others at a market in northeast Nigeria on Tuesday, two local officials said, in an attack bearing the hallmark of Boko Haram militants.

Two more suicide bombers detonated their devices at the gates to a nearby refugee camp, wounding many people, an emergency services official said.

In all, 83 people were wounded in the three explosions near the city of Maiduguri, epicenter of the long-running conflict between government forces and Boko Haram.

Nigeria’s military last year wrested back large swathes of territory from the Islamist insurgents. But they have struck back with renewed zeal since June, killing at least 143 people before Tuesday’s bombings, and weakening the army’s control.

The group has waged an eight-year war to create an Islamic state in northeast Nigeria, and provoked international outrage by kidnapping more than 200 schoolgirls known as the Chibok Girls in April 2014.

Its better-known faction, led by Abubakar Shekau, has mainly based itself in the sprawling Sambisa forest, and been characterized by its use of women and children as suicide bombers targeting mosques and markets.

A rival faction, based in the Lake Chad region, led by Abu Musab al-Barnawi and boasting ties to Islamic State, has in the meantime quietly become a deadly force capable of carrying out highly-organized attacks.

Last month, an oil prospecting team was captured by al-Barnawi’s group. At least 37 people, including members of the team, died when rescuers from the military and vigilantes attempted to free them.

The Boko Haram insurgency has killed 20,000 people and forced some 2.7 million to flee their homes in the last eight years.