Dick’s Sporting Goods and Advance Auto Parts both disclosed disappointing second-quarter results and cut their annual forecasts, which affected a slew of other companies. Other retailers also dropped, including Home Depot, which posted strong results. Other groups of stocks managed modest gains.

“Especially in the month of August, when not as many investors are around, you get a lot of this group trading,” said Brian Nagel, analyst who covers retailers for Oppenheimer & Co.

Nagel said struggles for Dick’s and Advance Auto Parts don’t say anything about how retailers in other industries are doing, but if investors grow pessimistic about retail, they may sell all kinds of retailers when one part of the industry struggles.

Stocks were coming off their biggest one-day gain in more than three months as the market recovered from last week’s turmoil. 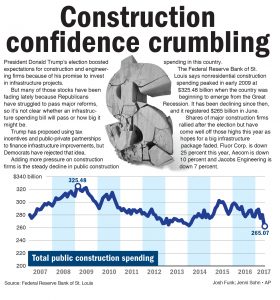 Dick’s Sporting Goods cut its annual forecast after a weak second quarter. The sporting goods chain said athletic apparel sales were weak and that it plans to do more marketing and cut prices as it tries to keep its market share. Its stock plunged $8.04, or 23 percent, to $26.87.

Advance Auto Parts tumbled after it slashed its annual forecasts. The company and its competitors are facing weakening demand because car sales are slowing down from their recent record pace. Meanwhile competition from online retailers is growing. Advance Auto Parts dropped $22.24, or 20.3 percent, to $87.08. AutoZone sank $9.19, or 1.7 percent, to $516.13 and O’Reilly Automotive gave up $2.44, or 1.2 percent, to $196.

All three have taken steep losses this year.

Luxury retailer Coach tumbled after its fourth-quarter sales and its profit forecast for the current fiscal year came up short of analyst estimates. Its shares fell $7.28, or 15.2 percent, to $40.64.

Warren Buffett’s Berkshire Hathaway bought stock in consumer credit company Synchrony Financial and picked up more shares of Bank of New York Mellon. It sold its remaining shares of General Electric and continued to reduce its stake in IBM. Synchrony gained $1.35, or 4.6 percent, to $30.99 and GE fell 22 cents to $25.14.

Offshore oil drilling rig company Transocean said it will buy Songa Offshore for $1.2 billion in cash. The deal expands Transocean’s backlog as it continues to deal with low oil prices, but it will saddle the company with even more debt. Transocean had about $6.6 billion in long-term debt at the end of June, and investors value the company at about $3 billion. Its stock gave up 48 cents, or 5.7 percent, to $7.91.

Retailers of all kinds were trading lower even though the Commerce Department said consumers did far more shopping in July, as retail sales grew by the biggest amount this year. Those sales have not been great in 2017.

France’s CAC 40 was up 0.4 percent and the German DAX rose 0.1 percent. Britain’s FTSE 100 was 0.4 percent higher. In Japan the benchmark Nikkei 225 gained 1.1 percent and Hong Kong’s Hang Seng slipped 0.3 percent. Markets in South Korea were closed for a national holiday.