Technology A Rare and Elusive White Moose Has Finally Been Captured on Video
Health, Science & Technology 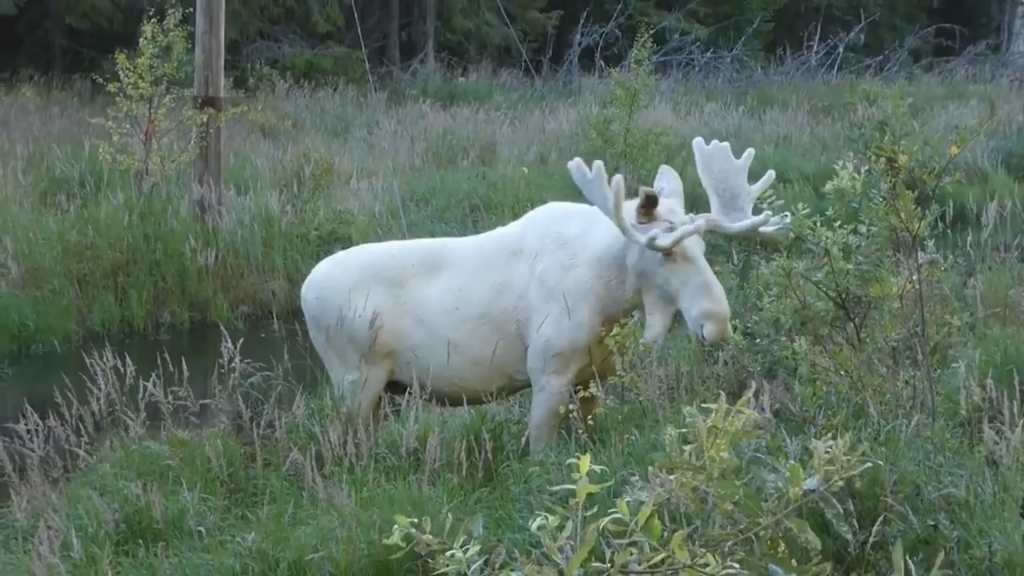 Hans Nilsson has spent three years trying to spot an elusive white moose in the town of Eda, in western Sweden. Last week he got lucky and crossed paths with the ghost-colored herbivore two days in a row.

When Nilsson saw the moose the first time, he was amazed. On the second day, he was ready.

He whipped out a camera and shot video of the moose, well, being a moose. It waded into a nearby stream. It shook off water. It nibbled on some plants. Nilsson, of course, described the scene in more majestic terms.

“When I shot the video everything fell into place: the location, the light and the calmness,” Nilsson told the Local, a Swedish newspaper. “It was an experience to meet such a stately animal up close.”

According to the newspaper, this is the second white moose sighting that’s gone viral in Sweden this summer. In July, Jessica Hemlin photographed a white moose that regularly visits her garden in Munkeda, which is also in western Sweden.

Sweden has an estimated 400,000 moose, most of which unabashedly resemble Bullwinkle, the newspaper reported. But about 100 of them are mostly white, according to the BBC. Some of them have albinism, in which the body doesn’t produce a lot of melanin pigment. But many more have a recessive gene that causes mostly white fur interspersed with bits of brown, the Local reported.

According to National Geographic, the white coloring may be a form of natural selection, as flabbergasted hunters choose to let the white moose live, increasing their numbers. Moose in Sweden have no natural predators except humans.

“Hunters have chosen to not kill any moose that are light,” Göran Ericsson, a professor of elk and moose for the Swedish University of Agricultural Sciences, told the magazine. “It is kind of like dog breeding. They choose to select for traits that otherwise wouldn’t have occurred.”

And although this moose has made international headlines this week, it probably has never taken a moment to appreciate its rare color.